Lessons from Mexico: Pushing for better and faster O&G project implementation in Africa

Once one of the world's biggest producers, Mexico has had a sweet and sour relationship with the upstream industry. 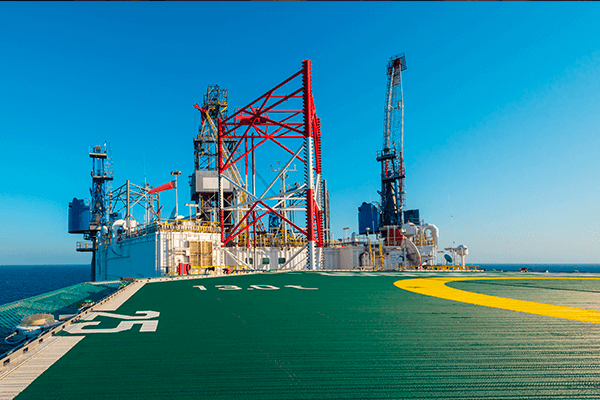 Once one of the world’s biggest producers, Mexico has had a sweet and sour relationship with the upstream industry. In my experience working in the Mexican O&G industry, I witnessed the transition of a nationalized industry, once described by Juan Pardinas, former director of the Mexican Institute on Competitiveness, as “hermetically sealed” and on par with that of North Korea[1], to an industry allowing the participation of foreign investment. It has been quite an experience to witness such a rapid movement in an industry where nothing occurred (from a regulatory standpoint) for more than 70 years.

After so many years of stagnancy, the 2013 Mexican Administration pushed for a quick reform and a faster implementation to catch up with the global industry and call upon international investors. In a relatively short period, these efforts resulted in the awarding and performance of 111 exploration and exploitation contracts. While the framework is not perfect, perhaps some of the experience could serve as an example for African countries struggling with implementing reforms or successfully structuring and launching licensing rounds. Countries like Algeria, Nigeria, Ghana, Gabon, Somalia, and Cameron, where the most recent licensing rounds have not yielded the expected results, according to Mr. NJ Ayuk, Executive Chairman of the African Energy Chamber, could maybe benefit from this experience.

Considering how Mexico’s upstream sector evolved to allow foreign investment, in this two-part article, I will be presenting certain experiences that might serve as an example in some African jurisdictions with cultural, regulatory, legislative, and even colonial similarities, where oil & gas projects need to keep growing, not only to recover from Covid-19 but to serve as pillars of the economy.

The nationalization of subsoil resources by the revolutionaries that drafted the Mexican Constitution of 1917 marked the beginning of private investment restrictions in the oil & gas industry. With such a move, Mexico had “recaptured oil but could not develop or market it without foreign capital[2]“, so foreign involvement in the country continued to be essential for several years. However, nationalistic sentiment, labor disputes, political unrest, among other matters, lead to judicial, political, and social turmoil, which eventually resulted in the 1938 privatization of an industry formerly dominated by foreign majors. Under the premise of “The Oil is Ours” sustained by then-President Cardenas, Mexican citizens of every class, donated money and valuables to the government, including jewelry and livestock, to pay off foreign owners’ debt[3].

With the privatization, the NOC Petroleos Mexicanos (“Pemex”) was incorporated as a vertically integrated company and granted exclusive rights over exploration, extraction, refining, and commercialization of oil & gas. Since then, and up to the late 2000s, nothing had changed in Pemex’s monopolistic grasp of the industry, except for allowing foreign participation through risk services agreements with private companies in 1949[4], and a modification of Pemex’s corporate structure spinning it off in four subsidiaries (each focused on a stage of the oil exploitation process) in 1992, being Pemex-Exploration and Production in charge of upstream.

Supported by the output of the super-giant Cantarell basin (discovered in 1976), by 2004, Pemex had become one of the world’s biggest oil producers, with an output of 3.4 million bbl/d. Cantarell accounted for 63% of Mexico’s total production, with peak production in 2004 of 2.1 million bbl/d[5]. In Mexico, Pemex had become a beacon for nationalistic principles throughout the years. Its success gave compelling arguments in support of a model of a government-led industry. At the time, a modification to the industry’s legal framework or Pemex’s monopoly came with a high political cost. However, with a steady, unstoppable decline, by 2014, Pemex was averaging around 2.5 million bbl/d, thus indicating that Pemex alone could not stop the fall. Pemex is now the most indebted NOC globally, standing at about $110 bn USD in debt and production averaging 1.6 million bbl/d[6]. Due to several reasons, including a tax regime standing at roughly 60%, Pemex has not turned a profit since 2006[7].

The decline of production demanded reform to the industry.

The first attempt came in 2008 when President Calderon’s Administration reformed specific laws creating the National Hydrocarbons Commission (“CNH”), a much-needed regulator in the industry, and giving Pemex greater budgetary authority and a different corporate structure[8]. Also, Pemex was allowed to tender and execute a form of long-term risk-services agreements with private companies, where Pemex would make payments to the contractors according to performance. Such services agreements known as Integrated Exploration and Production Contracts (“CIEPs”) included cost recovery of Capex and payment of a fee per barrel to contractors[9], contingent on Pemex’s available cash flow, which resulted problematic. CIEPs were awarded in three different tenders, mainly to service companies, as the contractual-profit scheme did not draw operators.

Finally, in 2013, under President Peña Nieto’s Administration, a constitutional reform was approved by Congress, enabling international companies to participate in the O&G sector through service contracts, profit, and production sharing agreements, and license contracts, thereby ending the nationalization of the industry (though not of the ownership of subsoil resources). The constitutional reform was swift, and it counted with the support of the major political parties in the country, following the “Pacto por Mexico” (Pact for Mexico), negotiated right after the election, and signed the day after Peña Nieto was sworn into office. The Pacto por Mexico set the administration’s immediate strategic goals for every primary sector of the economy. While currently being accused of corruption, the Pacto por Mexico serves as an excellent example of working together with the political players to get things done, especially in industries as controversial as oil and gas.

The following year, President Peña Nieto signed into law secondary legislation to the Constitutional Reform, incorporating a new regulatory regime for the energy industry. The reform would become the first (and hopefully not the last) attempt of Mexico to involve private companies in the development and modernization of the sector after more than 70 years of a nationalized industry.

Involvement of foreign investment was made in a multi-stage process, beginning by allocating to the NOC most of the country’s oil reserves, followed by the launching of rapid, attractive, and successful bidding rounds. However, the manner in which such implementation was made will be delivered in part two of this article.

1. Mexico reformed the framework, incorporated regulators, and adopted international standards in a relatively short period. This strategy was procured carefully by the different governmental bodies and diligently planned at a political level, and it was well-received by investors who showed much interest in participating in the new market.

African countries looking to exploit their resources should act even more rapidly and diligently to draw international companies’ appetite, especially in the post-Covid-19 recovery road. Having a planned strategy for rapid reform is an effective way to attract new capital. Companies do not want to wait for years for opportunities to open. Investors would lose interest and would probably move to other markets that moved swiftly. Such reforms must not only be aligned with political or private interests, but they must connect to the public, who must be able to feel the benefits that the reforms will bring, and not only see it as a political campaign or a ruse by politicians to give money – or even worst, oil reserves – to foreign investors.

One of the most compelling “counter-reform” arguments of the current Administration in Mexico is that the energy reform did not reach its expected results. It is convincing, as Peña Nieto’s Administration might have oversold the short-term benefits of the reform by promising lower electricity and natural gas tariffs, creating several million jobs, and increasing the oil rent, among others, most of which were not met. In fact, since the enactment of the reform, oil output has decreased from 2.5 to 1.6 million bbl/d, making the current government’s argument quite convincing for society at large.

This cannot be allowed to happen while pushing for reform in African countries. Countries should consider implementing adequate communication channels with the public about the industry’s benefits to avoid an issue similar to Mexico’s. Having a fluid connection and communication between the people, the regulators, and the companies is vital. Oil & gas projects’ benefits must not be delivered only in an official address but instead, be fully comprehended and felt. Society must know where the money committed for investment is going, how it replicates in employment and the lowering of gasoline, gas, and electric tariffs, how are profits being spent (or saved), and in particular, the certainty that the money is not just going to the elites or the foreign companies.

2. Prioritizing transparency in the licensing rounds, the resulting contracts’ performance, and the allocation of the revenue from the extracted resources, and adopting anti-bribery laws and regulations are primordial to create an optimal investing environment. Especially in countries like Mexico, where inequality, poverty, social difficulties, political turmoil, and corruption scandals are an everyday thing, these matters are of the utmost importance to keep a strong upstream sector.

African countries should strive to connect with the public and avoid passing and implementing “secret” projects or under-the-table deals. The push for transparency needs to be grand. African countries should aim to join and comply in full with the EITI or a similar mechanism to push for transparency, which will also help build a hospitable environment for foreign investors. Efficient communication of the results of licensing rounds, the status of the executed contracts, and benefits resulting therefrom is necessary. This connection to society will also give investors certainty, as a change in public policy would be harder to achieve by incoming administrations if the voters are content with the industry’s status.

Laws as the Foreign Corruption Practices Act and the UK Bribery Act, which can be enforced extraterritorially, are great instruments to reduce corruption; however, African countries should also implement local anticorruption regulations in line with international standards to attract foreign investment. Not even the perception of corruption should be welcomed in Africa, as this would (like in Mexico) take the industry several steps back. It is an excellent opportunity for some African countries to implement or improve anticorruption systems in the industry, to serve as examples to other sectors of the economies.

With a team of energy experts and wealth of experience garnered in advising multi-nationals on over 25 upstream oil and gas investments and over 30 big-ticket midstream investments in 15 countries across Africa, Centurion Law Group is the industry leader on the African continent. We take pride in effortlessly directing and guiding our clients through the vast regulatory uncertainties on the African continent.