Tax administration in Guinea: A reorganization up to the challenges!

On February 19, 2019, Minister of Budget Ismaël DIOUBATE took an order relating to the attributions and organization of the National Directorate of Taxes 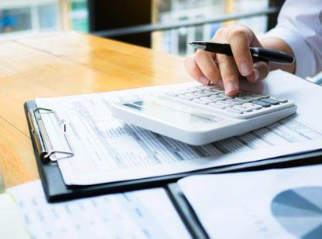 On February 19, 2019, Minister of Budget Ismaël DIOUBATE took an order relating to the attributions and organization of the National Directorate of Taxes. This organic text effectively restructures the tax administration of Guinea, based on three principles: deconcentration, the separation of the functions of authorizing officer and accountant, and delegation.

Pending the implementation of the decree of February 19, 2019, the country’s tax administration is characterized by excessive centralization. The entire tax administration of the Republic of Guinea is indeed located almost in one place: Conakry. The National Directorate of Taxes, that is to say the central tax service of the Guinean tax administration, is both a steering centre and an operational centre. Such an organization inevitably leads to the atrophy of staff functions and functional services: inevitably, leaders are led to pay more attention to production functions than anything else. The new organic text makes appropriate corrections to this long-lasting anomaly.

From now on, the Guinean tax administration clearly comprises a piloting centre and operational centres.

The steering centre is made up of the National Directorate of Taxes. It is a central service, in accordance with the categories provided for by the law on the general organization of the administration. It is headed by a National Director assisted by a Deputy National Director. The National Directorate of Taxes includes control and strategic steering services (general inspection of tax services and the strategy, reform and performance division); internal tax management services (divisions of tax legislation and regulation, piloting of tax management, tax audit and investigations and collection); and functional services (human resources, finance, IT and modernization, and public relations and communications divisions).

The decree of February 19, 2019 pushes the devolution of our tax administration to support functions. Whether it is the piloting centre, which is the NDT itself, or the operational centres at all levels of the country’s administrative structure, each has one or more support services. This deconcentration of the functions of elements is a guarantee of efficiency. From now on, each operational centre has a priori the means necessary to perform its main function, which is tax collection.

Separation of the functions of authorizing officer and accountant

The other important contribution of the decree of February 19, 2019 is the (reiteration) of the principle of the separation of the functions of authorizing officer and accountant. As a former French colony, Guinea quite naturally inherited its public finance system from France. Like all French-speaking African countries, until the end of the 1980s, the organization of the tax administration had remained faithful to the model inherited from the colonial period: the tax service establishes taxes and the public treasury collects them. Unfortunately, while the model worked well in France, in Africa it struggled to function effectively. So in the late 1980s, under “pressure” from the Bretton Woods Institutions, African tax administrations began to “internalize” the accounting function for performance issues. The flip side is that it also created some confusion between the functions of authorizing officer and that of accountant. At the National Tax Directorate, apart from the Special Tax Collector, the other tax collectors find themselves in situations which do not guarantee their autonomy vis-à-vis the operational services.

From now on, all public accountants of the Guinean tax administration are appointed by joint decree of the Minister in charge of internal taxation and that in charge of public accounts. As heads of accounting posts, tax collectors are thus in a situation comparable to that of accountants in public administrative establishments and social security bodies. Even if their administrative management remains entrusted to the head of the piloting centre (the national director of taxes) and to the heads of the operational centres (the heads of decentralized services other than the regional inspectorates), their nominal independence is at least guaranteed.

The third and final contribution of the decree of February 19, 2019 is that of having put in place a sort of delegation of powers in favor of the heads of pilot services. Those who, for one reason or another, know how the National Directorate of Taxes works, know that the signature of the National Director is almost essential. Unfortunately, this is both a problem with the structure of the tax administration as it currently exists, but also a cultural one. The African leader generally does not like to share power.

Ismaël DIOUBATE seems to see things differently. According to Article 4 paragraph 2 of the decree of February 19, 2019, the heads of central services represent the National Director of Taxes in the exercise of their support and steering missions. In other words, you no longer need the signature of the National Director for anything and everything. The various managers of the piloting centre are “made responsible”. It is up to them to take responsibility and carry out their duties. Of course, under the control of the National Director who, as the first person in charge of the tax administration, can always substitute his own decision for that of his subordinates.

As we can see, the risk of conflicts between a National Director jealous of his prerogatives and a head of the Jupiterian piloting service cannot be ruled out. But there is a cure for that: put the right man in the right place. Entrusting strategic and tactical management responsibilities to people who have neither the aptitude nor the skills could only lead to conflict and therefore chaos with the new structure. Hence the need to entrust the management of the new tax administration only to people chosen on the basis of purely objective criteria.

In the meantime, congratulations to Minister Ismaël DIOUBATE for having shown the desire to decentralize our tax administration, to separate the accounting and non-accounting functions within it and to streamline the decision-making process.