What lessons can be drawn from the MV Wakashio incident?

Findings from the Mauritius oil spill and the lessons gathered from the incident. 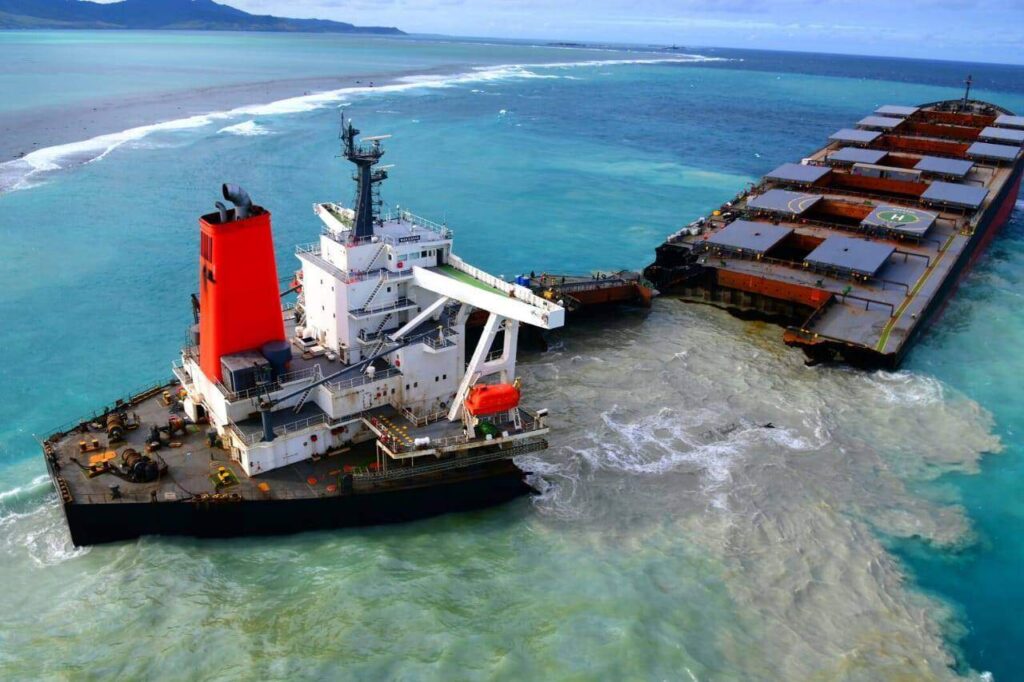 Much ink, and oil, has already been spilled about Mauritius having to deal with an ecological catastrophe. A few weeks before, everything was operating at leisurely speed on the south-east of Mauritius. Lockdown was a couple of months behind, and the local fishermen could envisage getting back to normal business in an attempt at salvaging earnings for the second half of this calendar year. The sea was naturally quiet. The usual picturesque background with the blue ocean, the radiant sun, and the usual greenery of the sugarcane fields would, however, quickly slip into the rearview mirror. It was replaced with an aground ship releasing an alarming amount of oil into the waters.

The MV Wakashio, which bore the Panama flag, and had Japanese companies listed at its owners, had come to an inglorious end. Furthermore, the efforts of the crew members to prevent the oil onboard the tanker from spilling into the Mauritian waters failed with equal flamboyance.

The local fishermen have since been wallowing in disappointment and pessimism. The Mauritian public invoked their creative minds to donate their hair in an attempt at making booms to prevent further spillage, conscious with every second that ticked by of how much damage this would cause to the Mauritian flora and fauna. That was for the civic duty. What about the legal duty?

Mauritius follows various international conventions which regulate the operation and management of ships, some of which have been incorporated in Acts of Parliament. For instance, the Maritime Zones Act 2005 (MZA) has been promulgated to provide for the United Nations Convention on the Law of the Sea of 10 December 1982. The Merchant Shipping (Security of Ships) Regulations 2019, made under the Merchant Shipping Act 2007 (MSA), provides the security measures and regulations of every foreign ship which is within the territorial sea of Mauritius in line with the International Convention for the Safety of Life at Sea 1974, the International Convention on Standards of Training, Certification and Watch keeping for Seafarers 1978, and the Seafarers’ Training, Certification and Watch-keeping Code.

The MSA applies to every ship in any place within Mauritius waters, but excludes a naval vessel. Hence, the MV Wakashio, which was sailing in an environmentally sensitive area off the east coast of Mauritius, will most likely be deemed to be within territorial sea, which is legally defined as being the sea between the baselines and a line of which every point is at a distance of 12 nautical miles from the nearest point of the baselines. The purpose of this article is not to probe into the liability of the different parties involved in this accident, but to expatiate on the legal provisions currently in place.

At the time of the grounding, the ship was reported to have contained approximately 3,894 tons of fuel oil, 207 tons of diesel, and 90 tons of lubricant oil on board. The Merchant Shipping (Prevention of Pollution by Oil and Noxious Liquid Substances in Bulk) Regulations 2019 (the “Regulations”), which are regulations made under section 228 of the MSA, provide for the International Convention for the Prevention of Pollution from Ships 1973, its Protocols and Annexes I and II to have force of law in Mauritius.

Regulation 24 of the Regulations provides that where a foreign ship in Mauritius is involved in an accident, the master or owner of that ship shall report the accident immediately to the Director of Shipping in Mauritius (the “Director”) and to the State where the ship is registered. The Director may then decide whether a survey is required.

It is further stipulated by the Regulations that the discharge of oil/oily mixture into the sea shall be prohibited unless it results from the damage to the ship or to its equipment provided that 2 conditions are met. First, all reasonable precautions were taken after the occurrence of the damage or discovery of the discharge to prevent or minimise the discharge. Secondly, neither the owner nor the master acted either with intent to cause damage or recklessly and with knowledge that damage would probably result.

Therefore, should the survey required to be carried out by the Director reveal that any of the above 2 conditions were not respected, and the Director is satisfied that the evidence so warrants, he may cause proceedings to be instituted against the owner or master of the ship and may detain the ship. The Director may further cause a physical inspection of the ship to be undertaken to gather evidence relating to the suspected violation, where either the ship has refused to give information or the information supplied by the ship is manifestly at variance with the evident factual situation.

It is worth mentioning that nothing in the Regulations shall prejudice the right of Mauritius to take and enforce measures within and beyond Mauritius waters in accordance with its laws to protect its coastline or related interests from pollution or the threat of pollution following a maritime casualty or acts relating to such a casualty which may reasonably be expected to result in major harmful consequences. The Environment Protection Act and the Civil Code provisions also cater for civil liability in this case. Therefore, this leaves plenty of room for any civil action.

Now that the cleaning process is at full throttle, the issue of civil liability will soon be on the table. The coming weeks loom ahead with some question marks. The Japanese owners have publicly extended their apologies for the ecological disaster suffered by Mauritius. They have also reassured the country that they take at heart the protection of the environment. But what this would mean in terms of compensation remains to be seen.

A Naval Vessel is defined as a warship or a troop ship.