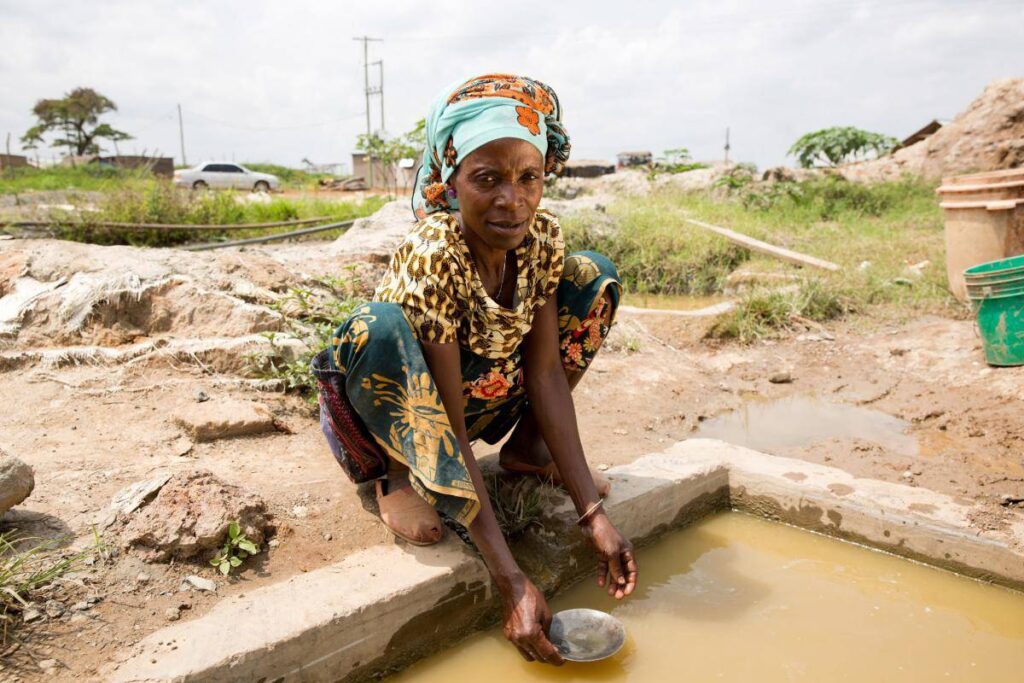 Guinea has a long tradition of artisanal mining. The Empire of Ghana and that of Mali extended over an immense territory that encompassed much of what is now Guinea. Part of the gold mines of these empires are located in Upper Guinea, in the eastern part of the Republic of Guinea. The richest man in the history of mankind, Mansa Kankou Moussa, has had his current dollar wealth estimated in the hundreds of billions. During his pilgrimage to Mecca in the 14th century, the entry of his caravan loaded with several tons of gold into Cairo caused a considerable devaluation of the local currency.

The women of Upper Guinea, like its men, are traditionally engaged in agriculture and artisanal mining for gold (and iron to a lesser extent). During the rainy season, working time is devoted to agricultural activities. During the dry season, the villages empty for the benefit of gold mines. There is a whole culture linked to the exploitation of gold deposits among the Malinke people of Guinea. In this culture and in this economy, women play a big role.

It is in the light of this socio-historical reality that the legislator has taken into account the existence of a traditional economy of gold and diamonds by devoting part of the Mining Code to artisanal mining. It defines artisanal mining as “any exploitation whose activities consist of extracting and concentrating mining substances and recovering market products by manual and traditional methods and processes” (Mining Code, article 1). This activity is reserved for natural persons of Guinean nationality. It allows many families to have additional income.

How to move artisanal mining from a subsistence economy to a modern economy? It is to this question that we intend to provide some answers in the following lines.

A little over a month ago, Guinea created a Ministry of Women’s Rights and Empowerment. This is an indication of the government’s will to make the advancement of women a factor of economic and social development. But the exact functions and organization of this ministry have not yet been determined. In the meantime, as its name indicates, this ministry will have the double mission, on the one hand, to promote and protect the rights of women and, on the other hand, to promote entrepreneurship and self-employment of women.

It is up to the Government, in particular to this new Ministry, to make artisanal mining a lever for the development of female entrepreneurship and self-employment.

The first action consists in raising awareness, informing, training and organizing the women concerned. Facing men alone, women working in the traditional mining sector have no chance of profiting from artisanal gold mining in Upper Guinea. To help them overcome the obstacles of all kinds that arise before them, including allowing them access to the capital they need and to advanced technology compared to their current technical tools, they must come together in cooperatives. The OHADA Uniform Act on Cooperative Societies provides an appropriate legal framework in this regard. The women concerned could form simplified cooperative societies or cooperative societies with boards of directors. It all depends on the size of the structure (number of members) and the resources (financial and others) that the state would be willing to put on the table to support these women.

The state could, as part of its pro-women policy, reserve gold zones for women or adopt a deliberate policy of discrimination in favor of women in issuing artisanal mining permits.