Well, in my case, let the law firm surprise you. Earlier this month, I began my position as a Legal Intern at Centurion Law Group (Centurion), my enthusiasm to work in an exceptional law firm amongst distinguished individuals was magnanimous. 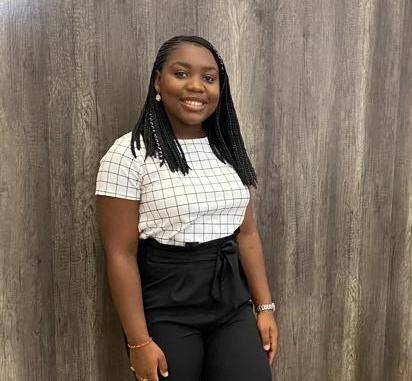 Well, in my case, let the law firm surprise you. Earlier this month, I began my position as a Legal Intern at Centurion Law Group (Centurion), my enthusiasm to work in an exceptional law firm amongst distinguished individuals was magnanimous. I expected to be the right-hand to everyone in the office, offering up my skills as they began to reveal themselves.

However, what I did not expect, was the over-and-above effort from my colleagues to share their knowledge about the legal field, especially within the South African context. Within my first week at Centurion, I was taken on educational excursions to the Palace of Justice, The High Court of South Africa, The Union Buildings, and Constitutional Hill.

Experiencing Pretoria through the lens of Pretoria-native Leon Van Der Merwe was fascinating. Leon, an Associate Attorney at the firm, was able to provide in-depth details about the South African judicial process and the significance of the different courts. Beginning with The Palace of Justice in Church Square, which was intriguing because of its history in South African politics; additionally, the intricate architecture of the entire Church Square. There are tunnels beneath it linking the Courts and a building called The Ou Raadsaal, that housed the parliament of the South African Republic, from 1891 to 1902 where prisoners where often sentenced to death.

Over 50 years ago former South African President, Nelson Mandela and his fellow accused were also detained at the Palace of Justice in the Rivonia Treason Trial.

Next, we went to the High Courts of South Africa where we got to sit on three court proceedings. That experience was extremely eye-opening for me as an American because of all the rules necessary when walking inside the court, including bowing in the presence of the judge or the use of “My Lady, My Lord, etc.” when addressing the judges. In the Magistrates Court, that we unfortunately could not access due to heavy striking, the Magistrate (Judge) is referred to as “Your Worship”.

I also learned about the shortage of judges in the courts, which was extremely disheartening because it placed more pressure on lawyers and advocates to file perfect cases, in fear of getting dismissed.

Last was a trip to the Union Buildings, the official seat of the South African Government and the offices of the President of South Africa. I was amazed at the beauty of the area, as well as the remarkable giant and hollow statue of Nelson Mandela. I am consistently inspired by the amount of praise and respect for Nelson Mandela, it further reinforces my mantra that it just takes one person to have a vison that can transform lives.

Pretoria in all, was sobering and exhilarating at the same time, it was a sneak-peek into the sophisticated task of law-making and upholding the standards set for the young South African democracy.

A few days later, I was brought on another educational fieldtrip to Constitutional Hill in Johannesburg, accompanied by Leon Van Der Merwe and Shantel Mufandaidza, another Associate Attorney at Centurion. Constitutional Hill was profound, to say the least.

We were taken on a two-hour tour around the jails and finished at the Constitutional Court. Walking around the womens’ jail was intense in that it further put into perspective where and how far South Africa has come. Moreover, it was my first time learning about the deep-seated injustices faced by prisoners, particularly Black prisoners in South Africa . Ending the tour at the court was memorable and intentional, it demonstrated the plight of Black South Africans and the ultimate cultivation of the astute South African Constitution and Bill of Rights.

Withal, my amazement with Centurion continues to grow as I see that the firm values intelligent individuals, but also intuitive, empathetic, and holistic persons that create an atmosphere of learning and enrichment on every level.

Shiri Asangwe is a junior at Howard University in Washington, D.C., majoring in Political Science and Economics. She is originally from Kansas City, MO. and Bamenda, Cameroon. She hopes to become a global lawyer, businesswoman and obtain an J.D./MBA, following in the steps of Centurion CEO, NJ Ayuk.

Shiri’s interests include (but are not limited to) music, arts education, Pan-Africanism, and obsessing over former First Lady of the United States, Michelle Obama’s memoir “Becoming.”

She looks forward to completing her internship and returning to college for the Spring semester, taking along all the knowledge and mentorship received from her new colleagues.