Across Africa, state-run utility companies don’t just fail to provide reliable power to their customers—most of them snatch economic power from the people, with inadequate electricity supply costing GDP growth. 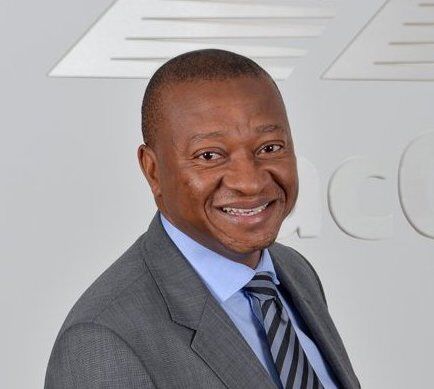 Across Africa, state-run utility companies don’t just fail to provide reliable power to their customers—most of them snatch economic power from the people, with inadequate electricity supply costing GDP growth.

But energy attorney NJ Ayuk has a solution. And his solution has been endorsed by Thabo Kgogo who has served as interim CEO of a large construction and infrastructure company, Group Five Limited, an independent oil and gas company in South Africa, Efora Energy Limited (formerly SacOil), and Vice President of Operations for PetroSA, South Africa’s national oil company.

According to Kgogo, the answer to Africa’s utility woes can be found in Ayuk’s book, Billions at Play: The Future of African Energy.

“In Chapter 18, Lights Out: Reforming African Power Generation Monopolies and Transitioning to the Future, Ayuk advocates for unbundling the vertically integrated utility monoliths, which is not only the logical solution, it has been proven in countries all over the world,” Kgogo said.

That’s not to suggest it is a simple fix. Ayuk knows it will take time and considerable effort and he doesn’t mince his words when it comes to how long the journey may be. Being forthright is one of Ayuk’s key attributes—and it is something Kgogo admires most about him.

“Ayuk calls it like it is,” Kgogo said. “For example, not everyone is willing to assert that Africa will never achieve its full potential if it cannot power its industries, services, or households. He also makes it clear that the state-run utilities are so saddled by debt they can barely recover their operating and capital costs, much less make the kinds of infrastructure investments needed to bring electricity to the continent.

Kgogo is quick to point out though that Ayuk’s chapter isn’t all doom and gloom: “In example after example, he shows how utilities across Africa have successfully unbundled and privatized,” Kgogo said. “The result has been increased generation capacity and given more people access to electricity.”

In Chapter 18, Ayuk returns to one of the book’s continuing themes: how major oil and gas companies can ensure that Africans benefit from their continent’s resource wealth.  But here, Kgogo said, he takes the point a step further, suggesting that it is no longer sufficient for E&P companies to limit themselves to fossil fuels.

“Ayuk believes that the majors need to begin thinking of themselves as energy companies, and acting accordingly,” Kgogo said. “That means no longer simply extracting oil and natural gas, but harnessing Africa’s ample wind and solar resources then turning it into energy for the Africans. I couldn’t agree more with his position.”

During his tenure with SacOil, Kgogo called for government policies that would help support a thriving natural gas industry in South Africa as well as a departure from the centralized model of power generation.

NJ Ayuk is founder and CEO of Pan-African corporate law conglomerate, Centurion Law Group; Founder and Executive Chairman of the African Energy Chamber; and co-author of Big Barrels: African Oil and Gas and the Quest for Prosperity (2017).

Billions at Play: The Future of African Energy will be published by October 2019.

Available on Amazon for pre-order.

For more information about the book: