On Monday the Dangote Refinery’s atmospheric tower – the largest in the world – set sail for Lagos, Nigeria from Ningbo, China, taking the project a step closer to its 2020 launch date. 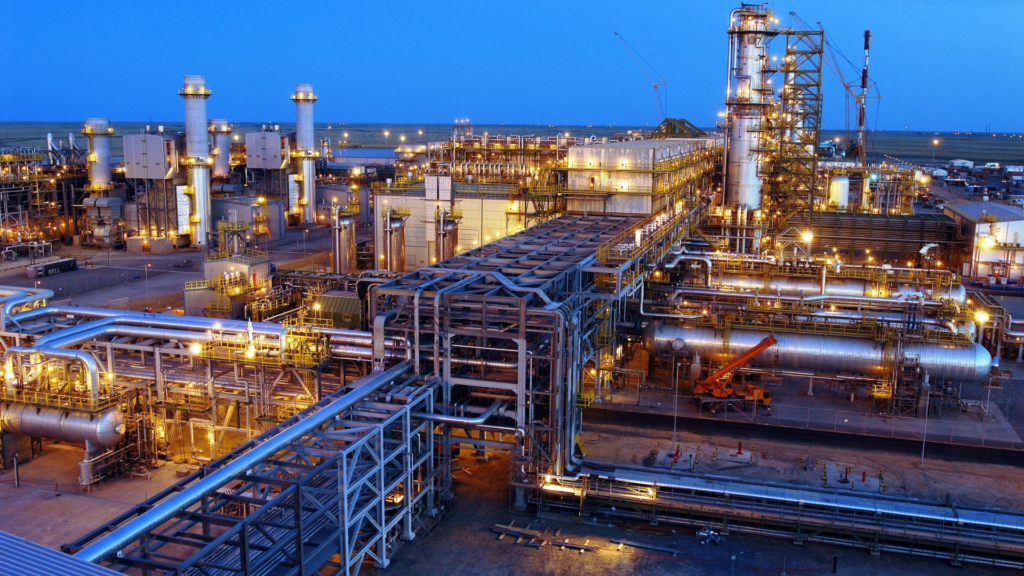 On Monday the Dangote Refinery’s atmospheric tower – the largest in the world – set sail for Lagos, Nigeria from Ningbo, China, taking the project a step closer to its 2020 launch date.

Africa is one of the few regions whose demand for oil and oil products is expected to grow significantly over the next two decades. Over recent years, its downstream sector has seen investments of over $30 billion. This has driven the development of logistics, distribution, storage terminals and retail marketing in the sector, said the African Refiners and Distributors Association (ASA) earlier this year.

Some of Africa’s biggest oil producers, including Nigeria, Angola, Algeria, Egypt, and Libya, are now making significant progress in developing their mid- and downstream sectors, potentially allowing Africa to generate greater returns on its resources.

In Nigeria, the Dangote Refinery, coming on-stream as a result of a $12 billion private investment by the Dangote Group, is a prime example of the role private investment stands to play in advancing the African energy sector. With a capacity to process an estimated 650,000 barrels per day of crude oil, the integrated refinery and petrochemical plant will be Africa’s biggest oil refinery and the world’s largest single-train facility. The project is expected to generate 9,500 direct and 25,000 indirect jobs.

“We don’t need foreign investors to turn around our downstream sector. African investors should be able to emulate Dangote and revive the African downstream petroleum industry.” said the Group’s Executive Director of Strategy, Capital Projects and Portfolio Development, Devakumar Edwin.

Adding that “If Dangote can do it, any investor can do it. Dangote has not waited for the government to regulate the downstream sector before starting the construction of the refinery.”

While Dangote may be able to handle a project of such scale, in other African locations, international investment will be necessary to transform economies. Investment in critical infrastructure is moving ahead with a variety of local and international sponsors.

Saudi Aramco plans to build an oil refinery and petrochemical complex in South Africa and the China National Offshore Oil Corporation revealed it plans to take a stake in the $3.5 billion East African Crude Oil Pipeline. Much intra-African investment is taking place or originating in South Africa, with the state-owned Strategic Fuel Fund putting out a tender this week to begin planning of an oil refinery in South Sudan and state-owned logistics firm Transnet recently signing a cost-sharing agreement with the International Finance Corporation for an LNG storage and regasification terminal.

Energy and Economic Analyst Samuel Johnson said: “Whatever the myth around the petroleum refining industry which made other investors see the importation of the products as a better investment sense than going into local refining, Dangote has now proved them wrong and removed the veil by venturing into it.”

In its African Refining Value study, Wood Mackenzie concluded that “Even weaker refineries can provide a positive contribution to local economies.”

Oil and gas in general and the mid- and downstream sectors, in particular, could stimulate massive economic and job growth. A 2015 study by PwC showed that the US recorded over 10.3 million jobs created by the oil and gas industry – accounting for 5.6 percent of the nation’s employment. UK study by Oxford Economics concludes that the downstream sector (including retail) has a multiplier of 2.5 – every 1 GBP contributed directly by downstream oil and gas is augmented by 1.5 GBP elsewhere in the economy. For each downstream job, 1.4 jobs are supported in other sectors.

The census “offers strong evidence of the important link between energy access and employment in countries where rural joblessness is at record highs. Policy-makers, donors and the private sector have an opportunity to increase support for decentralized renewables and build a diverse, inclusive, and equitable workforce for the energy infrastructure of the future,” said Shirley.

Across the energy sector, from crude oil refining to power distribution, African economies for so long reduced to resource extraction are courting investment and moving ahead with energy infrastructure projects. With the international and intra-African investment, the value of Africa’s 126 billion barrels of proven oil reserves can be multiplied many times over.

Hosted under the theme #MakeEnergyWork, the Africa Oil & Power 2019 event is the platform for industry leaders to discuss the future of Africa’s petroleum and power industries and where growth opportunities are to be found in 2019. Africa’s Energy Conference takes place in Cape Town on October 9-11, 2019. Information and registration are at www.aop2019.com.