Possibilities of A New Dawn for Cross Border Trade for Cameroon. 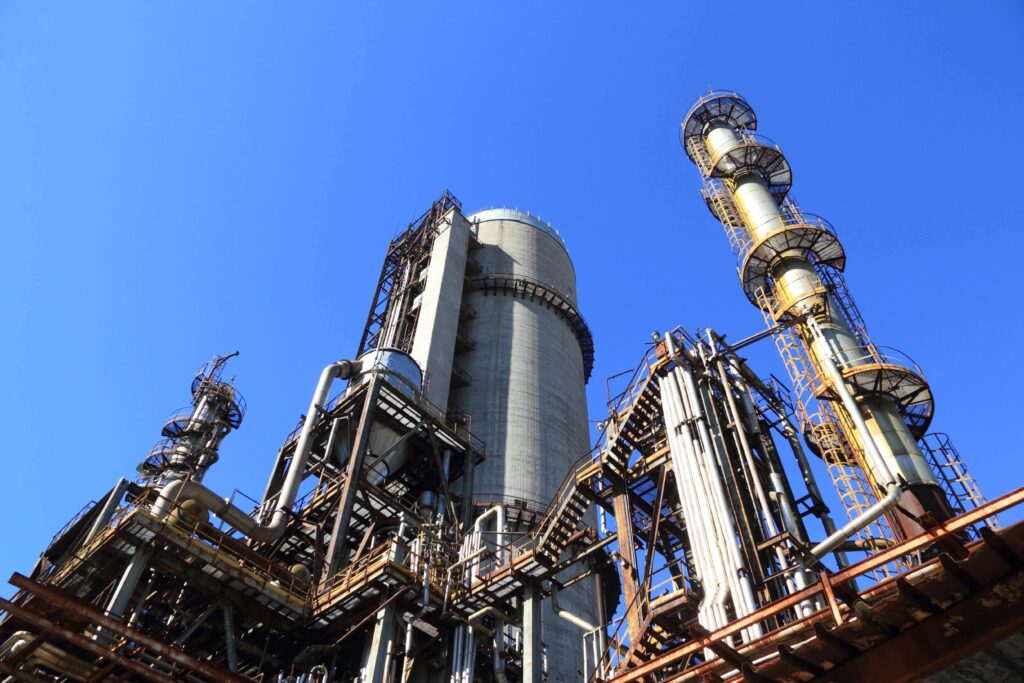 Societies which put in place free trade policies, create their own economic dynamism. This is no revelation, as many economists often present free trade as the best way to maximize the potential of an economy. Free trade promotes a wellspring of freedom, opportunity and prosperity that benefits every citizen. The African Continental Free Trade Agreement, which is the brainchild of the African Union has the ability to efficiently break the cycle of poverty in each of the Organisation’s Member States by enabling even the most impoverished citizens to create their own dynamic route towards prosperity.

Cameroon is one of the Member States of the African Union which has been open to foreign trade for decades. Through its membership with the Commonwealth, it has secured a free trade agreement with the EU, alongside other African Commonwealth member states such as Zambia and South Africa. In the same vein, it is a member of the Free Trade Zone and the CEMAC (Central African Economic and Monetary Community). The share of foreign trade in Cameroon in relation to its Gross Domestic Product is approximately 50 percent. Its three main export partners are Spain, Italy and France, with the main export commodities being mineral fuels, oil, wood, coal, cocoa, cotton, and aluminium. Its three main import suppliers are Nigeria, France and China. Cameroon mainly imports mineral fuels, oil, cereals, vehicles, machinery, electrical and electronic equipment.

The European Union is Cameroon’s primary trade partner, accounting for more than 50 percent of its trade (apart from oil). On January 15, 2009, the two entities signed an Economic Partnership Agreement. Consequently, Cameroon has committed itself to liberalize 80 percent of its imports from this area over a period of 15 years. For some years now, eastern Asian countries (especially China, Japan, India and Thailand) have been fortifying their trade ties with Cameroon. Today, this zone represents almost 20 percent of the country’s total trade.

Due to the massive importation of food products, the country’s trade balance remains in deficit and Cameroon is tasked with improving its level of openness, in order to ameliorate its performance in the foreign trade plan. In pursuing the improvement of the country’s trade balance, the state became one of the 44 African countries which signed the historic African Continental Free Trade Agreement. The aim of the African Free Trade Agreement is to reorient, expand and boost intra-African Trade, therefore modifying its member states into more desirable destinations for foreign investment.

On March 21, 2018, a new global trade player came into the picture — the African Continental Free Trade Agreement (ACFTA). Forty-Four African heads of state (Cameroon inclusive) and government officials met in Kigali, Rwanda, to sign the framework to establish this initiative of the African Union. The ACFTA will be considered one of the world’s largest free-trade zones in terms of the number of countries, covering more than 1.2 billion people.

The ACFTA will create a single continental market for goods and services as well as a customs union. A customs union is a group of states which have entered an agreement to charge the same import duties as each other and allow free trade as well. The African Union and its member countries hope that the ACFTA will accelerate continental integration and address the issue of the overhang of Africa’s Regional Economic Communities (RECs). Many African countries are members of various economic communities and this has the tendency to water down the effectiveness and efficiency of these organizations. It is well known that diminishing trade barriers between states will harmonize trade liberalization across sub regions and this is the main goal of the ACFTA. Countries will commit to remove 90 percent of goods, increasing the likelihood of intra African trade to increase by 52.3 percent under this Regional Economic Community, and the numbers eventually double upon the further removal of non-tariff barriers.

The ACFTA will also promote a more competitive manufacturing sector and foster economic diversification. It will require Cameroonian businesses and workers to adapt to the shifting demands of the continent-wide market place. However, these adjustments are critical to remaining competitive and competition is the engine that propels long-term growth.

Free trade disseminates democratic values in that, it fosters support for the rule of law. Companies that engage in international trade will be compelled to abide by the terms of their contracts and international agreed-upon norms and laws. The ACFTA, by encouraging the support of the rule of law, can also reduce the opportunities for corruption. In this country where contracts are seldom enforced, business relationships fail, foreign investors pull out of engagements and there is little injection of capital due to this cancer. Corruption hinders economic development because it has become a norm. Economic freedom through free trade and the ACFTA will have very little value if this problem is not tackled in the country.

Free trade, reinforced by the rule of law, removes incentives for corruption by spurring economic growth, increasing the number of better-paying jobs, and ultimately increasing the standard of living. Free trade promotes more than just goods and services to people. It promotes cultural diversification and transmits valuable ideas.

As noted, the ACFTA is a regional economic community whereby member states will import and export goods without any government restrictions such as tariffs, import and export bans and limitations. Free trade will benefit Cameroon, as it will greatly advance the economy and improve the social standard of living for its citizens.

One of the means though which Cameroon will benefit from free cross border trade is increased resources. Developing countries are usually plagued by limited resources, including land, capital and skilled labour. Cameroon being an underdeveloped nation, suffers from these as well. Free trade will ensure that the nation obtains the resources necessary to improve production of consumer goods and services.

The ACFTA can improve the standard of living for the nation’s citizens. Goods which are not available within the borders of the state can be imported, which could in turn be cheaper than producing the goods within the nation’s borders. Cameroon does not have many production plants capable of processing raw materials into valuable consumer goods, for example. Importing these goods from member states of the agreement and friendly neighbours may ensure the constant availability of these goods for consumption.

Cameroon may also use this free trade agreement to enhance its political and legal structure. This is usually an unintended benefit of free trade. It will enable the government to determine the best laws and policies which will ensure smooth trade across borders and thereby benefit its citizens.

Cameroon’s free cross border trade can be used to improve production efficiency. Although the nation is capable of producing certain consumer products and services, there are certain deficiencies in the knowledge of these production procedures and lack of available resources, which ultimately lead to inefficient or ineffective production. Due to free trade, individual citizens may visit foreign nations to educate themselves on better production processes and also ameliorate business methods. This will lead to the improvement of Cameroon’s production processes.

In order for Cameroon to enjoy the benefits of free trade via this Regional Economic Community — the ACFTA — certain laws and policies will have to be revisited, enforced and upheld. The Law No 2002/004 of April 19 2002 on the Republic of Cameroon Investment Charter, promulgates excellent principles and laws, which promote liberalization, openness and competition of local markets and external openness and regional integration. These laws and principles will have to be upheld. Also, the OHADA (Uniform Act Relating to General Commercial Law) puts the country at an advantage with a sturdy legal system, which will facilitate free trade.

The country will still have to complete negotiations on competition, dispute-resolution mechanisms, intellectual property rights and investments, among other issues. The Government will should also have to agree on regulatory frameworks for service-trade liberalization (to facilitate market access), submit tariff concessions schedules for trade in goods (specifying the timeline and nature of products that will be liberalized) and make progress in signing of the free-movement protocol.

Cameroonian Customs Officers will need to be trained on; Firstly, being well informed on origin rules. Secondly, being able to carry out checks, to detect goods whose owners could attempt fraud, by declaring as originating from the African Continental Free Trade Area, to unduly benefit from the reduction on custom tariffs which will be put in place once this agreement goes operational.

The Government of Cameroon has implemented many sectoral reforms and signed some international related trade and investment policy agreements. The African Continent Free Trade Agreement will therefore lead to a boost in the nation’s economy. In the agricultural sector, subsidies to support enterprises were fully or partially suppressed and benefiting enterprises restructured, followed by privatization, liquidation or outright closure.

In the industrial sector, procedures for obtaining technical importation visas have been simplified. In the services sector, the government has suppressed most of the restrictions formerly applied to the external trade of services. The finance services sector (banking and insurances services) is streamlined, liberalized and opened to competition and placed under the authority of independent supranational (regional) institutions [Bank of Central African States (BEAC), Central African Banking Commission (COBAC), Community Code of the International Conference on Insurance Markets (CIMA)].

In the transport services, railway exploitation is under concession to CAMRAIL, the country’s national railway, which was initiated in the Cameroon Government’s economic boosting policy and privatised in 1999.

Airlines Corporation which was created by presidential decree No 2006/293 of 11 September 2006, specializes in transportation of passengers and goods.

In regard to imports-exports procedures, licenses, pre-shipment inspection, customs valuation and rule of origin, contingency measures, standards and technical requirements, state-owned enterprises, export assistance, export promotion and marketing assistance, a single window for customs procedures is operational since December 2000. Most imports valued at more than XAF 1 million are subject to a compulsory quality and quantity inspection and price comparison by the ‘Société Générale de Surveillance’ (SGS). However, the dutiable value for certain items is fixed by regulations and the official price list is published. Law No. 98/012 of 14 July 1998, regulates the imposition of anti-dumping, countervailing duties, and the imposition of safe measures. The government of Cameroon is in the process of drafting a sanitary and phytosanitary law, which would inter alia, regulate the use of pesticides. Exports or export-related activities are not subsidized and there is no export finance mechanism in place yet. This is a major issue which must be resolved, to facilitate free trade.

To conclude, the Government of Cameroon is doing all it can to liberalize trade in order to boost its economy and enable its citizens to be more dynamic in creating wealth and better lives for themselves. The African Continental Free Trade Agreement is a good tool to facilitate intra African Trade and therefore build a stronger economy amongst its member states.