The paradigm for legal representation of Africa’s oil and power players is changing, with small firms taking a leading role. 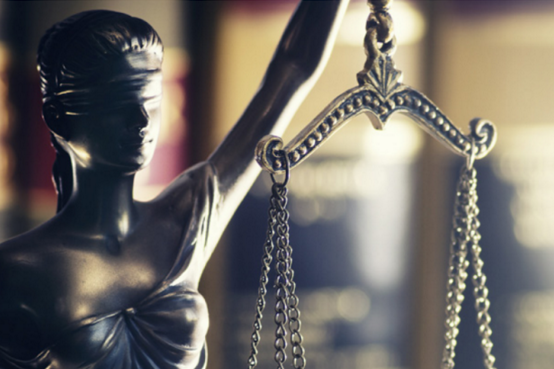 Discovery of large and accessible oil and gas resources, foreign investment, and appropriate legislation is leading to the rapid development of sustainable energy and improved conditions for many on the African continent. Perhaps not surprisingly, each step along the path to this laudable goal has, and will continue, to require legal representation. This is particularly true in instances where African companies involved in the oil and power industry contract with, or have disputes with, US providers of goods and services essential to the development and delivery of energy. Those entities have traditionally engaged the services of global law firms for their representation.

An Example of Small Firm Representation

In November 2017, LS Energia, Inc., an energy service provider with offices in Florida, sued the Republic of Angola in the United States District Court for the Southern District of Florida. LS claimed that Angola failed to pay LS in excess of $52 million due for operation and maintenance of two of Angola’s power plants.

In February 2018, Angola hired trial boutique Ehrenstein|Sager to defend the litigation. LS aggressively attempted to leverage an early and unfavorable resolution by threatening Angola with prejudgment attachment of local assets and an effort to obtain summary disposition without trial. In close coordination with local counsel for Angola, Henrique Abecasis and Pedro Andresen Guimarães, Ehrenstein|Sager quickly martialed a defense based on the Foreign Sovereign Immunities Act and contract terms requiring arbitration of disputes. Based on these defenses, on July 18, 2018, LS conceded and voluntarily dismissed its lawsuit in order to pursue its remedies exclusively through mediation in Lisbon and arbitration in Luanda applying Angolan law — all as originally stipulated by the agreements on which LS based its claims.

These results highlight a few noteworthy points for participants in Africa’s oil and power industries. Foremost, foreign governments and their agencies entering into agreements with U.S. businesses should have a deep understanding of the Foreign Sovereign Immunities Act. Even those entities not acting in a sovereign capacity should consider including clauses in their agreements with U.S. providers of goods or services concerning forum selection, venue selection and choice of law as they negotiate their contracts. Often, the enforcement of a simple choice of law, forum, or venue clause can dramatically impact the relative legal positions of the parties, facilitating an early and efficient resolution of the dispute.

In addition, while large firms have traditionally dominated the scene in representation of foreign sovereigns or those entering agreements or disputes with them, this case establishes that smaller firms can deliver big results at lower costs. Here, by leveraging its courtroom expertise, technology and relationships through a global alliance, Ehrenstein|Sager, a small trial boutique, obtained a remarkable result. Specifically, Ehrenstein|Sager relied on the expertise and local knowledge provided through its global alliance with Abacus Worldwide, an international association of small law and accounting firms. Though Ehrenstein|Sager represented Angola in Florida, Ehrenstein|Sager obtained critical local knowledge and assistance in Angola and Lisbon through Abacus Members Henrique Abecasis and Pedro Andresen Guimarães of HAAG law firm. Through this association, Ehrenstein|Sager delivered high quality representation based on industry expertise and local knowledge equal to any large firm. After all, how many global firms have offices in Miami, Florida and Luanda, Angola?

Importantly, Ehrenstein|Sager obtained these results at lower cost than likely available from large firms. Due to its small size, Ehrenstein|Sager has less overhead to maintain. And it has a less bureaucratic operating environment, permitting quick consideration of alternative fee arrangements including fixed fees, flat fees, contingency fees, hourly fees and hybrids. Small firms like Ehrenstein|Sager have the flexibility to entertain any fee arrangement which fairly compensates the firm for the value it delivers and the risk it undertakes. Such arrangements are atypical in larger firms which generally adhere to hourly rate business models and tend to be more expensive over time.

Of course, Ehrenstein|Sager is hardly the lone small firm working this practice area. High quality small firms have a significant and increasing role in the representation of Africa’s oil and gas stakeholders. For example, Centurion Law Group, a pan-African firm lead by CEO NJ Ayuk, focuses on Africa’s energy law all over the continent. There appears to be a growing trend in the U.S. for Africa’s energy stakeholders to engage the services of smaller firms for representation here as well.

Ehrenstein|Sager’s successful representation of Angola in Miami is a harbinger. It foretells a future in which the continuing development of Africa’s oil and gas industry is no longer dominated solely by global law firms. To the contrary, this case prophecies an industry supported by high quality, flexible representation provided by small law firms leveraging technology and association relationships to provide big results.