Paths of Profit, Not Destruction

The Gulf of Guinea, onshore Nigeria and Cameroon and offshore areas, is vulnerable to oil industry disruption. How should producers proceed? 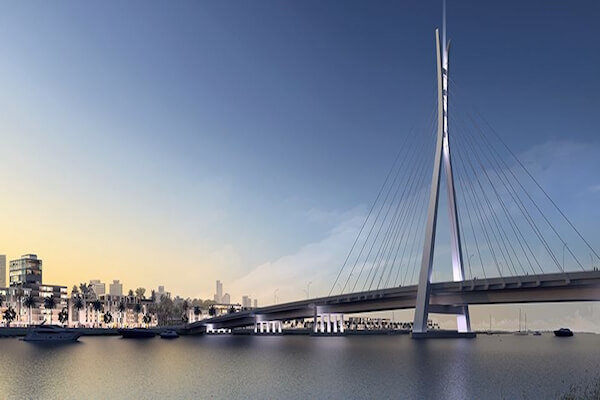 Last year, Nigeria took a major economic hit. The country was losing approximately 700,000 barrels of oil per day as militants in the Niger Delta (such as the Niger Delta Avengers) targeted key critical energy infrastructure assets (CEIA) – such as pipelines and oil and gas platforms – both onshore and offshore. The unanticipated loss in oil and gas production was one of the drivers of the country’s recession.

Fortunately for Nigeria at present, oil and gas production has begun to stabilize, reigniting investment in its behemoth oil and gas/natural resource sector. This rejuvenation occurred once the Nigerian government launched dialogue and negotiations with the militants, causing a cessation in the attacks against the nation’s CEIA. Due to the initial success of these negotiations, Nigeria’s Minister of State for Petroleum Resources, Dr. Emmanuel Ibe Kachikwu, has continued to engage the militants and is eager to begin development in the Niger Delta region to bring much needed growth and prosperity to the oil and gas producing areas of Nigeria.

It is a lesson Cameroon would do well to take note of, especially as a group of Cameroonian activists announce plans to “target foreign companies investing in Cameroon” causing the government to threaten more crackdowns on any secessionist activities.

What we hope the Cameroonians and others are learning from situations like the ones faced by Nigeria is that stability is absolutely vital to attracting investment and creating stronger African economies. Indeed, the impact of the militancy in the Niger Delta during 2016 and 2017 clearly demonstrated the need to at least understand the complaints of those who felt the necessity to spark rebellions. Once this need was addressed, it also illuminated the power of establishing negotiations with potential threat actors before the problem escalates.

In the case of Cameroon, it is estimated that a growing number of Anglophone people in Cameroon support a secession – mostly those who are English-speaking and living in areas where most of Cameroon’s natural resources lie – according to the International Crisis Group. President Paul Biya has earned a reputation for coming down hard on the country’s English-speaking minority, with dozens of protestors killed and leaders jailed. Certainly, a crisis is brewing, and it is one that could curtail economic development and cause investors to leave or ignore Cameroon altogether.

In Nigeria’s case, the Niger Delta Avengers are eager to see more development of the Niger Delta, and more of the country’s oil and gas resources directed toward their communities. Dr. Emmanuel Ibe Kachikwu has made it a point to continue negotiations, even when disagreements arise. In the name of stability, Cameroon would be wise to follow suit.

Financial investment in a country — be it domestic or foreign — can only thrive when stability reigns supreme, and investors can trust that they will earn returns on their investments. Maintaining security in the Gulf of Guinea is vital for the continued economic development of West Africa and must be seen as a key priority for every administration in the region.

Throughout West Africa, the responsible development of natural resources, with the people’s interests in mind, will spur the creation of economic diversity and jobs in local communities where CEIAs are located. This approach to natural resource development is one of the best paths to security and stability for many African countries, especially those in the Gulf of Guinea, that enjoy huge resource endowments but great inequality at the same time.

Fair but assertive local content regulations, as established in countries like Equatorial Guinea, Angola, Ghana and Nigeria, help give locals a stake in the development of a country’s precious natural resources. Funneling development funds to the regions that produce resources is key, as the Nigerian Minister of State for Petroleum Resources has recognized. His country’s efforts to engage with activist groups and establish trust between government and local communities using well proven dispute resolution tools is going a long way to curb acts of violence that cause disruption in the operations of his country’s CEIAs.

This is a lesson that other countries in the Gulf of Guinea should focus on to help them mitigate any potential disruption in their efforts to effectively monetize their natural resources.