How African Oil Exporters Can Make a Local Content Comeback

Now the oil price is in recovery, what's the outlook for local content? 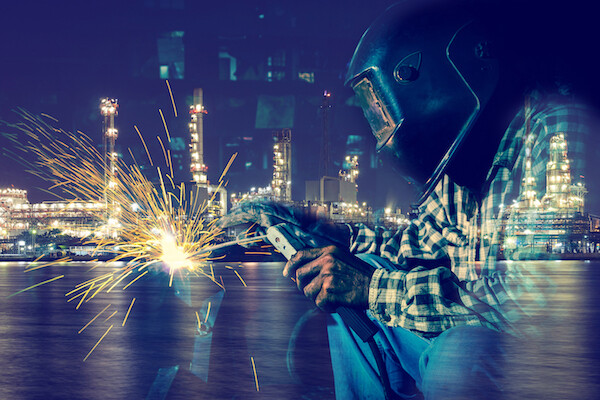 In January 2016, the crude oil price plummeted to a $27 per barrel. The impact of the crash and then the lower for longer price environment went beyond the balance sheets of the operators. Staff reductions, suspensions, and closed down companies affected thousands of families.

At a time like that, when the industry was at its lowest ebb, the concept of local content became perceived as a much higher risk for African entrepreneurs looking for opportunities into the oil sector, those seeking to expand their technical training in an industry of high standards, and for those local businesses aspiring to improve their financial strength and win technically complex contracts.

Legislators and institutions responsible for ensuring compliance with local content regulations and laws had to reinforce their arguments, as operators and more established service companies closed ranks, citing the already fierce competition that had worsened due to the drop of oil prices. The optimization and reduction of production costs that took place in the industry were unprecedented.

OPEC, at least in the early days of the crisis, seemed not to be able to find a solution, and even the efficiency and real impact of this institution was questioned. Countries whose budgets depended on oil exports were becoming desperate.

Equatorial Guinea joined OPEC as a full member on 25 May 2017 – a smart move for the country, without a doubt. The Minister of Mines and Hydrocarbons called for other African countries to join the group, creating an African bloc able to advocate for oil revenue dependent exporters.

The hopes of some nascent exploring countries, like São Tomé and Príncipe were
dashed by the crisis. Ultimately, who was going to explore in deep waters when oil prices were so low? This appears to be changing, with Equatorial Guinea’s newest entrant, Kosmos Energy, partnering with BP for exploration in Côte d’Ivoire, Senegal and São Tomé and Príncipe.

Some learned difficult lessons: not to wait for the perfect agreement, like Mozambique with its huge reserves of gas (fortunately, Mozambique’s gas investments are now moving ahead); or to be prepared for the worst, unlike Gabon, which experienced a drastic fall in oil production just as it needed the revenue most.

It is true that this was not the first time that the industry went through difficult times; such as in previous crises like December 1993, when Brent Crude went down to $12.83, and in February 1998, it went to the $14.22 per barrel. But circumstances were different. Countries such as Ghana and Chad at that time still dreamed of having an oil industry. Equatorial Guinea was practically a newcomer. The hangover from the drunkenness of abundance, thanks to oil prices above $120 per barrel experienced until 2013, was painful. The top two producers of sub-Saharan Africa,
Nigeria and Angola, suffered through forex crises and the consequences are still fresh. But like everything in life, after the storm comes the calm, or so it seems.

2017 marked historical lows, but it is the same year we rediscovered hope in the sector, and we started 2018 with $70 per barrel oil, a price that some consider to be a turning point, a break-even for those African countries where production costs are some of the highest in the world. As the industry improves, does local content recover alongside it?

Local content can be defined as the share of employment and/or sales to the oil and gas sector locally supplied at each stage of the value chain. This includes goods and services, equipment, materials and labor. Local suppliers should be involved, at least in theory, by providing wellheads, safety valves, compressors or any other components through to services such as seismic data acquisition, catering or audits and certifications.

Local content should not be a one-size-fits-all cap. It is important to be realistic and know the real capabilities of local companies, but this is not a pretext to deviate from the main goal, which in any African country is to ensure that the inclusion and capacity building curve has a positive progression over the years. Now that the sector is recovering its morale, the moment should be seized to ensure that capacity does indeed get built.

The road is not flat, since the oil sector entails a very high technological complexity and very high standards, from exploration and production, midstream to downstream. In addition, investment in this industry is capital intensive, practically throughout the whole value chain, which is sometimes an important barrier for local companies. Economies of scale play a major role in the control of costs and quality of equipment and materials to be supplied. Therefore, governments should focus on retaining part of the annual expenditure of the oil industry to avoid capital flight. The more spending occurs locally, the more money will circulate in the local economy and the stronger the local companies will become, especially when it comes to their negotiating power.

Local content is essential as a means to create direct and indirect employment, and to reduce high unemployment rates. African oil and gas producers are not exempt from the increase in unemployment rates for various reasons, including high numbers of young people in the demographic pyramid. The flight of talent is just as serious as capital flight.

It is important to integrate small local businesses into the oil sector; not only those whose core business is energy, but also those that dedicated to other sectors. In an ideal world, oil should be a great engine for developing the SME business network.

It is also crucial to improve and strengthen national banking systems. One of the most widespread complaints of local entrepreneurs is access to credit and bank loans, which would allow them to win more complex contracts. A good local content policy would help to strengthen the banking system.

Countries that are dependent on the export of hydrocarbons need to concentrate on achieving some of these objectives to improve the economy at a structural level and improve the standing of the industry.

In defining what local content is, it would be effective to distinguish what it is not, and that is: protecting local business with low standards, and assuming that getting rid of all expatriates in the oil industry is a solution. Changing the attitude towards local content is a fundamental objective in ensuring it is correctly implemented.