The OHADA Uniform Act on Arbitration underwent its first revision in 18 years. Under the revision, investors are to receive necessary safeguards while arbitration is promoted in OHADA Member States. 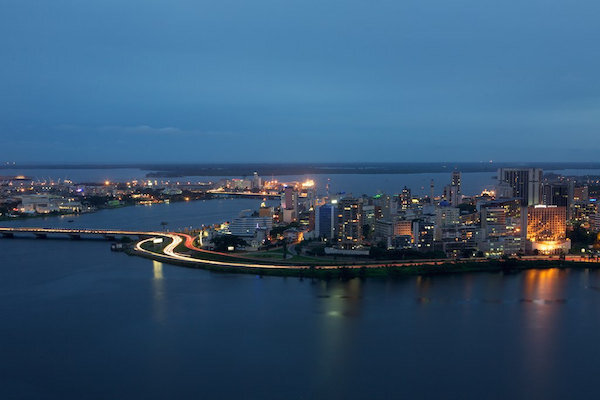 Since its introduction, the OHADA Uniform Act on Arbitration underwent its first revision in 18 years. Under the new Uniform Act and Arbitration Rules for the Common Court for Justice and Arbitration, investors are to receive necessary safeguards while arbitration is promoted in OHADA Member States.

One of the noteworthy changes introduced by the 2017 Uniform Act is the recognition and institution of the mechanism of Arbitration Without Privity as a means for granting consent to investor-state arbitration. Under contemporary investment arbitration law and practice, this mechanism permits aggrieved foreign investors to make recourse to arbitration against a host state or public entity based on consent expressed by the latter in their national legislations, investment regulations or in provisions of bilateral investment treaties (BITs) or multilateral investment agreements (MIAs). The major benefit associated with this alternative mechanism for establishing consent to arbitration is that it permits investors who are not in a direct contractual relationship with host states but are affected by actions of such states, to subdue the latter to arbitration in the absence of a second consent expressed in a contract. By instituting this mechanism, the OHADA legislator portrays the willingness of its member states to be subjected to higher standards of investment protection.

Consent to Arbitration under the 1999 Uniform Act

Under the 1999 Uniform Act, it was an established principle that states and other territorial public bodies, as well as public establishments, could participate in arbitration proceedings without having the possibility to invoke their own law to contest the arbitrability of the claim, their authority to sign arbitration agreements or the validity of the arbitration agreement (Article 2 of the 1999 Uniform Act). Notwithstanding, there were restrictions regarding the extent to which a claimant could infer to a member state’s willingness to participate in arbitration proceedings. In effect, the criterion for objective arbitrability of disputes was basically consensual and contractual. This meant two things in essence; firstly, disputes between an OHADA member state and a foreign investor could be arbitrable under OHADA arbitration law only if, both parties had expressly provided their consent through a compromissory clause inserted in a contract or a submission agreement. Secondly, only disputes that arose out of difficulties in the conclusion or execution of a contract could be subject to OHADA’s arbitration.

Accordingly, it goes without saying that foreign investors could not, under any circumstance, successfully submit investor state disputes (ISDs) to arbitration before tribunals constituted under the auspices of the 1999 Uniform Act or CCJA arbitration rules if consent to arbitration was not explicitly written and agreed upon between the state (or a state entity as the case may be) and foreign investor. The revised Uniform Act on Arbitration, which will enter into force on 15 March 2018, appears to go beyond this restrictive stance.

Moving Beyond the Restrictive Regime

In a bid to move past the rather restrictive regime imposed by the 1999 Uniform Act, the OHADA legislator has now instituted an important legislative change which attests to the organisation’s willingness to align itself with contemporary investment arbitration law and practice. An aggrieved foreign investor can now introduce a claim against an OHADA Member State basing the jurisdiction of the tribunal on consent expressed by the state in an investment promotion law or any other legal instrument relating to investments. This includes an investment code, BIT or MIA (Article 3 of the Revised Uniform Act).

This presents a huge opportunity and guarantee to investors who do not have direct contractual relationships with host states. They can now seek recourse before OHADA tribunals to preserve their proprietary rights in cases of expropriation, or any other form of state action that threatens their investments.

In the event of a case before an OHADA tribunal, the member state’s consent to arbitration would be assumed to have been given on the date of entry into force of the investment treaty, or legislation which stipulates recourse to OHADA arbitration as a means for settling disputes. On the other hand, the foreign investor’s consent would be assumed from the moment when proceedings are instituted before the CCJA arbitration centre based on consent expressed in the identified legal instrument of a member state.

Considering the intricacies of the practice of arbitration without privity, it is imperative that the concomitant substantial and procedural aspects necessary for the implementation of this mechanism are put in place. As it stands, it is disappointing that the current changes in this regard have been limited. It appears the OHADA legislator opted for the implementation of this mechanism without appropriately considering the associated legal dispositions and procedural safeguards needed to ensure its effective implementation.

For the mechanism of arbitration without privity to work properly, the legal instruments which make provision for it is expected to at least lay down some guidance on its applicability. In an era where investors seek higher standards of legal certainty and clarity, it would have been appropriate for the OHADA legislator to elaborate more on the circumstances and procedures for recourse to these alternative means for establishing a state’s consent.

Under the Revised Uniform Act, there is no clarity regarding whether there will be any conditions precedent to seeking arbitration in these circumstances. Also, considering the complexity in shareholding structures nowadays, the hypothetical question arises whether a company with 50 percent local capital and 50 percent foreign capital would be permitted to make recourse to such a mechanism. As it stands, much of these issues will have to be answered by the interpretation provided by OHADA Tribunals.

Since the Southern Pacific Properties (Middle East) Ltd. v Arab Republic of Egypt case (Pyramid Oasis case), wherein a tribunal constituted under the auspices of the International Centre for the Settlement of Investment Disputes (ICSID) laid the basis for the rule that a state’s consent to ICSID arbitration could be deduced from a unilateral promise made in an investment promotion law, BIT or multilateral treaty, there has been an immeasurable increase in the ICSID case load. In effect, the recognition of arbitration without privity as a mechanism for granting consent has led to a proliferation of cases against states not just at the level of the ICSID but also before other international arbitration centres which administer ISDs. Consequently, it is expected that the institution of this mechanism at the level of OHADA jurisdictions will have a multiplying effect on investment arbitration cases brought before the CCJA. It will be interesting to observe the manner in which OHADA tribunals interpret and contextualize the practice to ensure that, amid the inherent challenges and regulatory shortcomings, aggrieved foreign investors can successfully rely on this mechanism to subject states to arbitration.