In the fight against gas flaring, leaders must be strong to defend Nigeria's future. 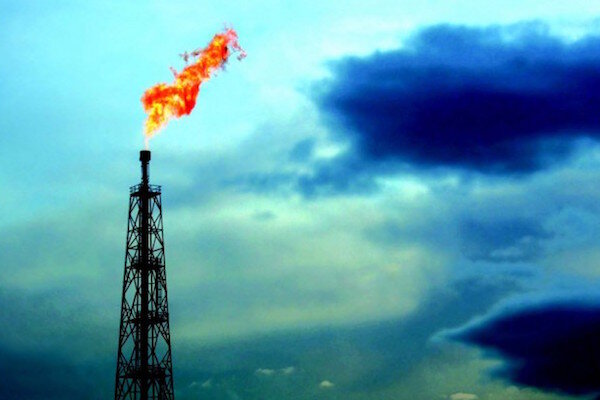 Nigeria’s long-standing fight against gas flaring is showing progress, but leaders must be strong to defend the future of the country and its citizens.

This article was originally published on the website of African Mining Brief.

When, in November 2017, Emmanuel Ibe Kachikwu, the Nigerian Minister of State, Petroleum Resources, stated, in an interview with The Financial Times that Nigeria was “really a gas nation with some findings of oil”, it might have sounded strange to those used to hear of the country as Africa’s biggest oil producer. However, Kachikwu absolutely hit the mark on that one.

Nigeria is in fact a natural gas nation — it just hasn’t acted on it yet. With an estimated 186 trillion standard cubic feet (SCF) of natural gas reserves, Nigeria is by far the biggest reserve holder in the continent, and could, if it made use of its resources, be the gas powerhouse of Africa. Yet, it’s natural gas sector remains underdeveloped. Despite all the existing potential for using natural gas for transportation, power generation and other uses, the country suffers from constant, chronic and crippling power outages. Businesses and citizens suffer from a lack of electricity, which hinders economic development. The most flagrant of these lost opportunities though, lies not in the gas reserves that remain undeveloped, but in the associated gas being produced and flared. Not only is this a missed opportunity, but considerable damage is also being done to the environment and to Nigeria’s coffers. According to the Nigerian National Petroleum Corporation (NNPC), the country has lost around $710 million in 2016 due to flaring of an astonishing 244.8 billion SCF of natural gas. Nigeria is the seventh largest natural gas-flaring country in the world. It is estimated that these resources could sustain power generation of 3.5GW, which, if materialized, would almost double Nigeria’s generation capacity.

The Nigerian economy cannot afford such losses, and recent campaigns to block the practice have had significant results.

NNPC claims that between 2006 and 2016, it managed to cut down gas flaring from 36 percent to 10 percent. This makes for encouraging news, but subsequent reports indicate that continued progress is not assured and is even reversible. For instance, August 2017 saw a 2 percent increase in Nigerian gas production being flared, from 10 percent in July. This setback raises questions about the NNPC’s capacity to implement the government’s plans for restrictions on gas flaring.

That is no small matter. Nigeria’s financial woes are no secret. Over the past 40 years, with billions of dollars flowing into the national coffers from oil export earnings, successive Nigerian leaders have failed to promote infrastructural development, address poverty issues or impose economic diversification. As a result, Nigeria is still today a net importer of refined oil, despite being the continent’s biggest producer of crude oil, and suffers from chronic energy shortages. It remains extremely exposed to commodity price variations. This paradox has become even more evident since 2014, when the price of crude oil collapsed.

Nigeria is an oil country per excellence, with crude composing 90 percent of export earnings and 70 percent of the national budget, but would benefit much from becoming a gas country. Just by harnessing the gas that is produced and flared, it could significantly address the fact 75 million Nigerians remain without access to electricity.

The Ministry of Petroleum estimates investment opportunities in the natural gas value chain amount to over $50 billion, and yet the sector remains underdeveloped.

With so many opportunities missed throughout the years, it has become ever more imperative that political leaders take into their hands the development of other economic sectors, in a time when crude oil fails to fill the coffers.

Nigerian officials are finally recognising that its natural gas reserves constitute one of the biggest lost opportunities for economic development in the country, and gas flaring represents the biggest flagrant waste. In 2015, Nigeria joined the World Bank-led Global Gas Flaring Reduction Partnership (GGFR) in the “Zero Routine Flaring by 20130” initiative, which aims at putting a stop to the routine flaring of 5 trillion SCF of natural gas globally every year. On a global scale, this activity causes the emission of 300 million tons of CO2 per year, and could be used to produce 750 billion kilowatts hour of electricity, enough to power the whole of Africa. Nigeria is one of 24 nations endorsing the program, but it stepped up its game by setting its own zero-gas flaring goal deadline a full decade before the GGFR by 2020. It has also committed to forbid any new oil wells from flaring natural gas.

Nigeria can also learn strategies and policy ideas from neighbors that have prioritised gas monetization, like Equatorial Guinea. Equatorial Guinea is on the cutting edge of gas monetization, boasting a global reputation for cutting out gas flaring and implementing gas-focused projects. The country’s land-based Punta Europa LNG is one of the fastest-built LNG trains in history and the costs for the complex have already been recovered. The country is close to finalizing the Fortuna FLNG, the first deep-water FLNG project in Africa. Certainly, Equatorial Guinea has established itself as a strong exporter of gas on the global stage, and Nigeria can learn from its example.

In 2017, the Buhari administration has announced the introduction of the “National Gas Flaring Commercialization Programme”, an initiative that will find solutions to use the resources to power the nation rather than pollute it. The plan will reward companies that are compliant with zero flaring policies while harnessing that power to use for cooking, power generation and industrial use. The government estimates that the program will create 36,000 direct and 200,000 jobs. All of this is brilliant news for a problem that has lasted for far longer than it should. However, the program remains without an official launch date, and policy approval has proven to rarely be enough to fix problems in Nigeria. After all, in Nigeria, natural gas flaring is completely forbidden.

Oil and gas companies are regularly fined for flaring gas. The problem is that those fines are extremely low — N10 (equivalent to $0.50) per thousand cubic feet of gas flared. The motivation for operators to invest in reducing their carbon footprint is very dim.

The realisation of the failure of the penalty system is no novelty either. In 2008, the Department of Petroleum Resources had already tried to raise the value of the fines to try to push operators to act. Instead, oil and gas companies in the country opposed the move and the policy change fell through. Now the topic is up for debate again. The government’s new national gas policy, currently under discussion, is proposing to raise the penalty up to N420 ($3.5) per thousand cubic feet. We can only hope the raise stands. But beyond the fines themselves, the Ministry of Petroleum, through the NNPC, has to have the means to impose these regulations.

According to NNPC’s reports, oil and gas companies have accumulated over $14 billion in gas flaring fines between 2008 and 2016 that are yet to be paid. On top of that, Nigeria loses millions in carbon credits because of the practice. The compound economic impact of gas flaring is enormous, but so is its social and environmental relevance. Many communities have decried the health problems that exposure to flared natural gas has caused, leading to several reported deaths, particularly in the Niger Delta. The environmental impact of the practice affects any business in the vicinity that is dependent on the environment, like fishing or agriculture. The neglect of these populations over the years has further strengthened the social divide that so often gives rise to violence in the region.

The government alone cannot change it all. Development must be led by investors in the private sector, so businesses can be created to make use of this wasted resource. However, it is up to the State to remove the many bottlenecks and restrictions that have hampered the development of the natural gas sector for years, and it is up to official institutions to not only develop, but, above all, implement anti-gas flaring policies.

It is imperative to act quickly and decisively. While present efforts are laudable, it is hardly the first time political leaders have tried and failed at addressing this issue. We must keep in mind that the first Nigerian policy against gas flaring goes back as far as the 1970s.

We are running out of time not only to save the environment, but also to take part in the growing global natural gas sector, as discoveries elsewhere progressively dwarf the relevance of Nigeria in the market. The Nigerian economy cannot afford any further waste.