Petroleum and Renewables: A Partnership with Promise

Renewable technology and hydrocarbons should work together to meet future African energy demand. 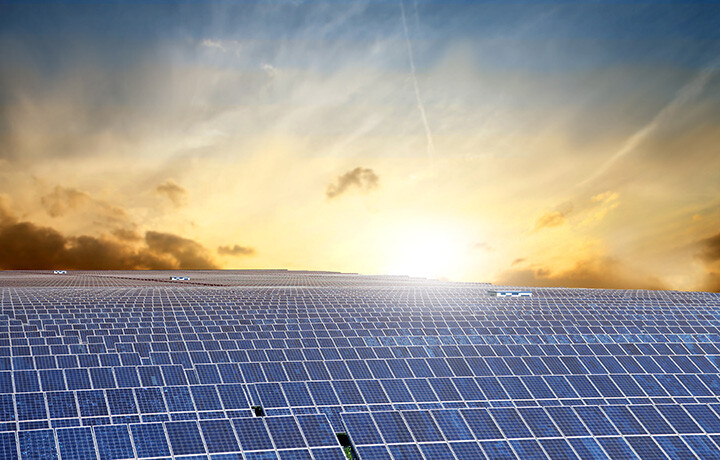 Governments have, in the past, adopted a binary approach to the question of energy policy, divided between support of fossil fuels or promotion of renewable energy. The use of fossil fuels comes with concerns of air pollution and climate change, while renewable energy is often seen as having the best prospects for long-term energy production with respect to the environment. Although these concerns are valid, they do not take into account the social and economic challenges faced by resource-rich African states which necessitate the exploitation and development of natural resources.

With energy demand set to triple by 2035, hydrocarbon resources alone may not be able to satiate energy requirements in a region set to see high rates of industrialization, urbanisation and population growth. It has become axiomatic that for Africa to escape the emerging ‘’Malthusian trap’’ in respect to energy supply and progress efficiently towards the attainment of energy security and independence, a diverse energy mix is essential.

Traditionally, renewable energy has received support based on the need to shift towards a low carbon global economy. However, the incentive for deployment of renewable energy technologies are moving more and more towards profitability and market economics and away from state support. The costs of renewable energy (particularly wind and solar in developed economies) have become competitive with those of non-renewable sources. The persistent oil price slump gave oil majors cause to include renewables in their international portfolios. Sub-Saharan Africa’s energy sector is attracting international attention. With increasing international investor confidence in Sub-Saharan Africa’s energy sector and more business-friendly regulatory landscapes, oil majors may replicate their stance on renewable uptakes in African markets without diverting from core business models.

Africa is the ideal habitat for massive renewable energy deployment and the International Energy Agency expects Sub-Saharan Africa’s renewables capacity to grow by 73 percent over the period 2017 to 2022. However, barriers to renewables technology uptake in Africa remain unaddressed. Chief among them is the lack of connectivity to domestic grids, investments in storage as well as regional connections and infrastructure that would facilitate renewable energy trading across borders. In addition, renewable energy entrepreneurs face challenges initiating and scaling up their businesses due to lack of adequate policy support, access to project finance, an inadequate skills pool and the market dominance of state-owned power utilities operating on conventional energy models. Despite this, Africa is a growing renewable energy titan.

On the list of leading renewable energy frontiers are Egypt, South Africa, Algeria, Ethiopia and Morocco, which is becoming an important market for concentrated solar power. Kenya is consistently bringing new geothermal capacity online and is a leader in geothermal investments on the continent. By 2015 renewable electricity accounted for 65 percent of the East African Community’s total installed, grid-connected power generation capacity. The Southern Africa Development Community is the most developed renewables market. South Africa’s newly adopted Renewable IPP programme is set to propel the country to become a leading renewables frontier with different renewable sources equally preferred. This is a distinct feature compared with other African markets, where hydropower and solar power are the major beneficiaries of state programmes.

The major limitation of renewables stems from the physicality of the energy source. The main issue is the transportability of the energy source, therefore it lacks a key ingredient of an export earning resource. Natural gas has overcome this great disincentive with liquefied natural gas (LNG) technology, enabling the commercialization of stranded natural gas deposits and making gas to power projects a game changer in Africa.

Equatorial Guinea’s national vision in this regard is commendable and the country has solidified its place as a regional gas hub with world class projects including the Punta Europa industrial complex and the Fortuna floating LNG project quickly reaching final investment decision. Mozambique is poised to be a leading gas producer when projects such as Eni’s Coral South FLNG reach production. Nigeria and Angola, benefiting from anti-flaring laws, are also tapping into their competitive advantage in reserves. The winner will undoubtedly be Africa as a whole, as the regional gas trade will provide not only low-cost energy with positive economic externalities but also ensure the continent leads meritoriously in the implementation of the Paris Agreement.

Increasingly, nuclear power projects are being considered. The environmental, financial and public interest debates regarding this energy source may obscure some of its advantages in providing energy security, maximizing the comparative advantage Africa holds in uranium inputs, its reliability in electricity generation and resilience against climate change effects. Hurricane Harvey in Texas, USA, left many fossil fuel power plants and refineries shut down and renewables infrastructure damaged. However, nuclear power plants remained running at full capacity. This provides valuable insight for a continent charting a course towards sustainable and uninterruptable economic growth. South Africa remains the only country in Africa with a commercial nuclear power plant, but this is set to soon change. Egypt has recently signed an agreement with Russia to build its first nuclear power plant, opening Africa to a nuclear-powered future.

The Africa rising narrative can only be told if we can light up our cities, public places, workplaces and homes. Energy security remains a core imperative to ensure that Africa’s industrialization and development policies are achieved. African hydrocarbons remain instrumental to economic growth and development, and renewables ensure necessary diversification, energy independence and a cleaner environment. If Africa is to achieve a sustainable growth trajectory, its energy mix must be diverse, strategic, competitive and flexible. African energy policies that appreciate this dynamic will successfully hedge Africa’s path of economic growth against uncertain global developments.