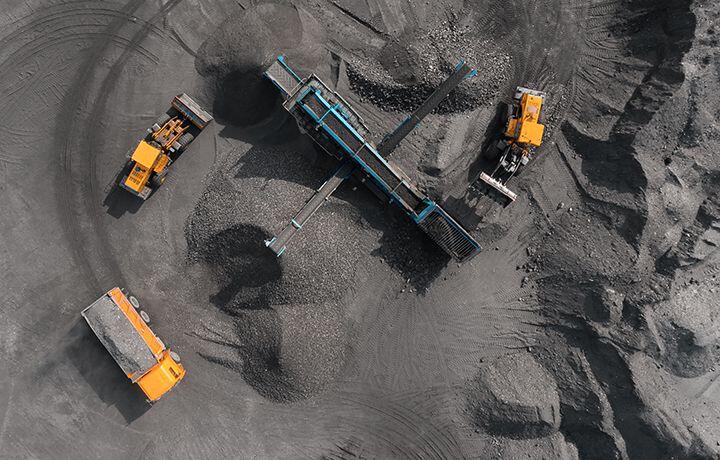 By NJ Ayuk and João Gaspar Marques
Co-Authors of Big Barrels: African Oil and Gas and the Quest for Prosperity, co-written with João Marques

November started with a loss for the United States, and by extension Africa, in the war against corruption. The announcement was unsurprising, but it is a landmark loss nonetheless. The United States of America has withdrawn from the Extractive Industries Transparency Initiative (EITI), moving from being an implementing country to a mere supporting member.

This is no small matter. The EITI, despite its limitations, has been the single most successful anti-corruption program in the oil, gas and mining industries since any such initiative has been attempted. It is based on a simple premise – Companies must voluntarily disclose what they pay to governments as a result of their oil, gas and mining activities, governments must disclose what they receive from these companies, disparities must be investigated and reconciliation pursued.

Over the years, since implementation in 2003, the initiative has allowed governments in developing countries to recover billions in unpaid taxes, royalties and other duties. 53 countries across the globe are now part of the program, but nowhere else in the world has the EITI been as impactful as in Sub-Saharan Africa. I have witness the changing nature of the industry because of this initiative and it has given a voice to so many that have always felt left out of the smoke-filled rooms where oil deals are made. The ability to question policy makers is good for an evolving Africa.

Nigeria stands as a prime example. Just this October, the EITI announced $3 billion had been recovered so far in unpaid taxes from oil and gas companies to the Nigerian government.

According to the US’ Implementation of the EITI Final Inspection Report, issued by the US’ Department of Interior, despite having achieved seven of the eight criteria necessary to reach compliant status, “it has been unable to obtain full disclosure of extractive resource payments from companies, thus preventing the required reconciliation to Government receipts”.

Throughout its evaluation of progress, it reports a number of legal barriers have been raised to prevent the actual implementation of disclosure of revenue, including the Trade Secrets Act and the Privacy Act, even though the initiative offered solutions and concessions to comply with US law. It seems the greatest economy in the world does not allow itself to know where its tax money comes from.

While the Trump administration’s withdrawal from the initiative does not affect the implementation of the program elsewhere, nor does it affect the program’s image, it comes as a confirmation that Western nations are more willing to impose regulations on others than to follow them themselves. This has, in fact, long been pointed out as one of the greater failures of the EITI, as it has been mainly backed by European and American nations and organizations. This has prompted claims that the initiative served as a new form of regulatory oppression by rich nations on developing countries, and some leaders have adamantly sustained this argument to justify refusing entry into the program. The present American position to withdraw from the initiative only reinforces this claim.

Norway, the UK and Germany, which are still implementing and not compliant members, stand out as the sole exceptions within the European space. That is a questionable way of leading by example. Let us remember that corruption issues are hardly an exclusively African problem. The OPL 245 scandal in Nigeria involving Shell and ENI, in what can end up representing actual prison sentences for the companies’ executives and billions of dollars in fines, is a perfect example of how Western companies are today severely involved with government corruption.

The Nigerian government currently has an open claim in court demanding $12.7 billion in failed payments from Chevron, ENI, Total, Shell, and Petrobras. Exxon Mobil, the poster boy of American oil and the biggest oil company in the world not owned by a state-government, has also primed in such scandals, with 2016 offering a landmark moment when the oil giant was fined in $74 Billion by the central African nation of Chad on tax evasion.

A crisis of leadership

These are not small issues. How can the West claim to support developing countries if it cannot even uphold the standards it demands? It is undeniable that the current American administration poses little interest in raising ethics over profit, but it seems it has also stopped feeling the need to pretend that it does. In a changing Africa, US ethic and moral leadership is needed to send a signal to so many who want to see good governance in the natural resource sector a reality.

Back in March, President Trump had already revoked the landmark Cardin-Lugar Provision of the Dodd-Frank Act, which stipulated that oil and gas companies listed on US stock exchanges were mandated to publicly declare any payments made to foreign governments above $100 thousand dollars. After six years of painfully-long law-making, the measure was scheduled to come into effect in September 2018. However, through the use of the Congressional Review Act, the Cardin-Lugar Provision took only six weeks to be scrapped under President Trump’s administration.

These are much more than backwards steps. The United States backing out of the EITI is a resounding leap backward in the fight against corruption. It is cowardly at best, and an implicit encouragement of corruption practices at worst.

House Majority Leader Kevin McCarthy stated, in an op-ed published in the New York times in January, that the provision casted “unreasonable compliance burden on American energy companies”. Accountability is for the weak, it seems.

The withdrawal from the EITI only reinforces what has been a clear change in the approach to America’s self-interests and its obligations across the world.

That is not to say that American and European companies are solely responsible for corruption in the developing world, but the message the USA is putting across is that it doesn’t care what its companies do elsewhere, as long as their interests are served. The choice of former CEO of Exxon Mobil Rex Tillerson for Secretary of State made a clear statement in itself upon Mr. Trump’s ascension to the presidency. However, in the fog caused by the idea of “America First”, the United States is vastly receding from its position as world leader in good governance, and is effectively making it harder for nations across the world, particularly in Africa, to continue their fight against corruption.

In the words of Democrat Senator Ben Cardin and former Republican Senator Richard Lugar, the two minds behind the Cardin-Lugar provision, in a joint statement this week, “there is no U.S. law that prevents oil, gas or mining companies from voluntarily disclosing their federal tax payments to the American people. The Trump Administration’s move today is a painful abdication of American leadership on transparency and good governance”.

NJ Ayuk JD/MBA is a leading energy lawyer and a strong advocate for African entrepreneurs, he is recognized as one of the foremost figures in African business today. A Global Shaper with the World Economic Forum, one of Forbes’ Top 10 Most Influential Men in Africa in 2015, and a well-known dealmaker in the petroleum and power sectors. He is the founder and CEO of Centurion Law Group.

João Gaspar Marques is an Energy analyst and a seasoned Africa specialist with in-the-field reporting experience from Africa’s petroleum hotspots.