The 2017 National Gas Policy: A New Dawn in the Nigerian Gas Industry

Nigeria’s natural gas reserves, which account for three times its oil resources, is under-tapped and underutilised. 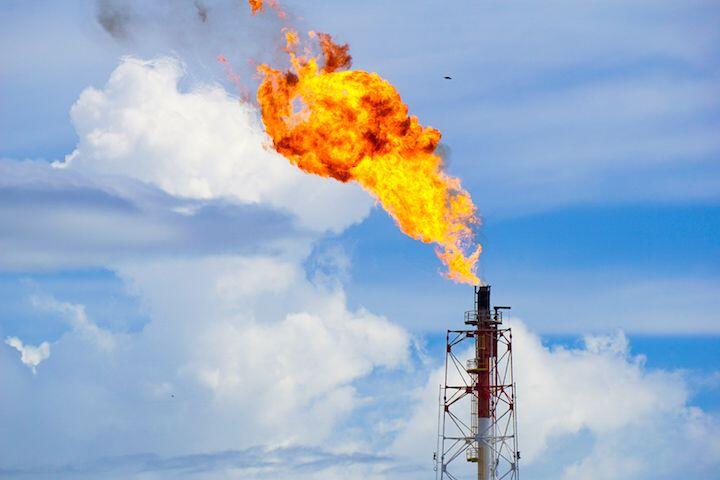 Nigeria has long been touted as a nation with enormous potential, especially with respect to its oil and gas resources. Having the second largest proven oil reserves and the largest natural gas reserves in Africa, Nigeria is easily Africa’s most prominent oil and gas province. However, due to several factors — most notably the lack of a well-articulated industry framework, a dearth of investment capital and instability in its Niger Delta region — Nigeria has failed to realise its potentials in the last five decades. This is especially true in terms of its natural gas wealth. Nigeria’s natural gas reserves, which account for three times its oil resources, are under-tapped, underutilised and even wasted in gas flaring, despite representing huge revenue and development potential.

In a bid to move Nigeria from a crude oil export-based economy to an attractive gas-based industrial economy, while boosting its revenues, the Nigeria government recently crafted the National Gas Policy 2017, which was approved by the Federal Executive Council on June 28, 2017. The Policy, although a significant step in the right direction, is set out against the backdrop of several missed opportunities for Nigeria to both boost revenues and accelerate development. The Policy recognises that the international gas market is no longer as tractable as it was in the early 2000s. During this time, Nigeria unwittingly slept on its gas fortunes and interest in Nigeria’s gas resources has since waned in terms of foreign investment for gas development. This is at least partly due to emerging gas domains with better accessibility to active markets and a steady decline in gas prices.

While the Policy is a key first step at progressively crystallising a bespoke framework for the Nigerian natural gas industry as distinct from its oil industry, the Nigerian government recognises that existing laws, regulations and institutions must be improved upon and harmonised to boost the gas industry. The Policy therefore sets out the government’s envisioned goals, and the strategies for attaining legal, regulatory, commercial and socio-political overhauls. One major task of the Policy is the establishment of a single independent regulatory authority.

A theme that runs through the Policy is important partnership between the public and private sectors. The establishment of clear definitions of roles and institutions is seen as crucial, as is the implementation of a full legal separation of the upstream and midstream sectors of the gas industry, and a full legal separation of gas infrastructure ownership and operations from gas marketing.

A major pillar of the new policy is advancing a project-based approach as opposed to a centrally-planned system. The Policy advocates open access in terms of infrastructure, exploration assets and investment opportunities without sacrificing maintenance, safety and environmental protection standards. This creates healthy competition and ultimately, efficiency. If properly implemented, optimum utilisation of gas resources will be achieved.

The domestic supply obligation under the old gas policy is essentially retained, but is to be optimised in a more investor-friendly manner. Although the Policy expresses the government’s desire to meet the demands of the industrial, commercial, transportation and industrial sectors, the priority gas end-use sector for Nigeria will continue to be the power sector until it attains a sustainable level of development.

Another major issue addressed in the Policy is the security of assets and supply against the backdrop of the militancy emanating from the Niger Delta region, and the disruptive effects on gas production, the environment and the economy. The strategy enunciated in the Policy is to diversify Nigeria’s gas supply sources by encouraging a shift from a Niger Delta-dominated era to an environment that ensures deliberate gas exploration and production in other regions of Nigeria, including inland and offshore basins. Additional gas volumes are to be gleaned from gas flaring reduction efforts.

The Policy recognises that foreign investment will continue to be key in developing the gas sector. It therefore focuses on creating a conducive environment for investors through clear, consistent and investor friendly legal and regulatory framework and the improvement of supporting infrastructure. A one-stop contact centre for investors, with an enhanced data warehouse is also planned, to significantly reduce the hassles of doing business in the Nigerian gas industry. The Policy advocates a fiscal framework for gas as distinct from oil, which will be clear, transparent, globally competitive and designed to incentivise all participants. If implemented, gas projects will be developed based on economic viability and not dependent on or consolidated against oil taxation. Under the policy, the Nigerian government is seeking a level playing field to avoid the creation of economic distortions that confer an advantage on or favour any party.

The Policy also expresses the government’s desire to develop local human capacity to the level of export attractiveness, even though it recognises the challenges in developing human capacity in the gas sector, especially in a low oil price environment where cost cutting is hardly avoidable. The gas policy recognises the need for technical training, and one of the objectives of the Policy is to improve the content and quality of technical training available within Nigeria. This will serve both a cost and an access advantage.

It is inaccurate to assert that previous Nigerian administrations did not make genuine efforts to see Nigeria through the process of taking its rightful position as a gas super-power. However, never in Nigeria’s history has the government shown such elevated levels of a deep understanding of the issues militating against gas development, proffered pinpoint solutions to the issues identified and articulated them effectively in a document doused with government will. It is left to be seen whether the legislative bills recently progressed at the chambers of the Nigerian National Assembly will effect the contents of the Policy. Perhaps a manifestation of the Policy will restore investor confidence in the Nigerian oil and gas sector.