Behind Mining Profits: The Disruption of Local Communities

The mining industry has the potential to create jobs and boost the economies of local communities. 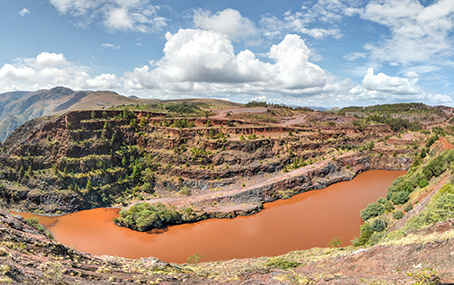 The mining industry has the potential to create jobs and boost the economies of local communities. But do African laws adequately protect African communities from the harm mining can inflict?

Mining is a preeminent market in Africa, at the heart of the evolution of most African economies. It is not only responsible for the attraction of foreign investments, but also enables the creation of multi-national corporations in African host countries. Indeed, most of the time, mining arises in areas isolated and deprived of adequate infrastructure resources. such as access to electricity.

Mining activities in these regions result in the development of infrastructures along with the creation of employment opportunities. Nonetheless, notwithstanding its profitable side, the main criticism is that most governments don’t bear in mind the social responsibility due to their people, but rather, insatiable for financial gains, indulge mining companies in their wrongdoings. Indeed, many infringements are silenced, and in some cases, in countries with weak judicial systems, foreign corporations even avoid legal repercussions.

Harmful outcomes include environmental and health concerns with regards to the risk of soil and water contamination, and the displacement of populations. The latter is significant, as it is one of the most prominent social ills resulting from mining. The number of local communities compelled to leave their housings by armed forces to give way to gold mining sites in Ghana and Tanzania are particularly striking. The relocation of community is of paramount concern, and it affects women disproportionately. It is therefore intrinsically linked to gender-based oppression. Indeed, the economic, as well as the social norms and social organization of sex-gender relationships, sets women to be most vulnerable in African communities.

By evaluating the structural shaping of those relationships, we can conclude that without economic stability, local women are powerless as men’s economic and social advantages enable them to have a significant leverage on them. This is even truer within the communities affected by the mining sector, as the requisition of land for mining activities leave women who survive solely on farming as the primary source of income at a serious disadvantage. Moreover, through their everyday tasks, women are responsible for the management, conservation and use of natural resources, and water pollution may increase their household burden by making the gathering of water more laborious.

These hardships demand possible solutions to resolve these issues.

Governmental will and regulations

Facing these injustices, the communities are determined to protest governmental by taking the matter into their own hands, joining forces through the alternative Mining Indaba. Yet, the question lingers as to the making of a functional legislative understanding between both sectors that considers the protection of local people and their environment.

The latter has been the objective of the Africa Mining Vision, implemented by the African Union in February 2009, with the intent of holding companies accountable for their actions by incorporating mining operations into local contexts.

Indeed, it not only promotes the social and sustainable development of affected communities, from schools to homes and offices, but also ensures their health and safety. However, despite this attempt at social conscientious deeds, the vision is still flawed by a lack of monitoring from most governments.

David Van Wyk, attendee at Alt-Mining Indaba and main researcher at Bench Mark Foundation, a non-governmental organization that denounces the shortcomings of global enterprises and help those wrongfully affected, said: “The Africa Mining Vision is failing because it does not challenge foreign mine ownership and because it is not attempting to control the speed at which mining in Africa takes place”.

Many believe that the issue is, in fact, deep-rooted in poor African states leadership, characterized by their political unwillingness to forfeit their source of income, while others are doubtful as to the extent of transparency that can ever be attained.

Despite the different legislative frameworks implemented within the mining industry, including the Africa Mining Vision and several Mining and environmental laws enacted by African states that advocate for the protection and sanitation of the environment, it is imperative that African governments, as main agents of change, take drastic actions to align with the mining policies in place.

Ensuring that regulations are respected will serve not only modern African societies, but also the market economy as it will optimally ease foreign investment decisions.