Germany aims to promote African growth under its G20 presidency. 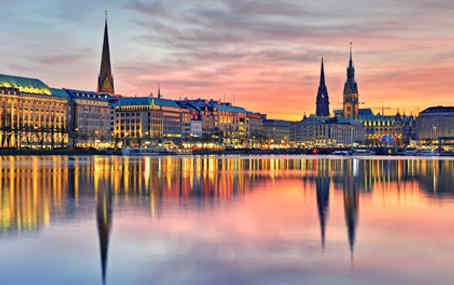 As the G20 Summit gets underway in Hamburg under the German G20 presidency, the “Compact with Africa” initiative aims to bring investment to African reformers. With South Africa the only African G20 member, will the plan address the needs of all the region’s economies?

Creating a stronger Africa is a top priority for Germany as president of the G20 this year, and German Chancellor Angela Merkel is determined to use her nation’s presidency to reduce poverty and conflict.

The “Compact with Africa,” an initiative launched by the German-led G20 this year, aims to bring private investors into African nations that are committed to economic reform: countries like Côte d’Ivoire, Morocco, Rwanda, Senegal and Tunisia. The pressure is certainly on for Merkel, who needs to slow the mass migration into Europe from the Middle East and Africa, as well as increase security.

The World Bank, the International Monetary Fund and the African Development Bank have produced a joint report outlining methods to improve macroeconomic, business and financing frameworks. Infrastructure projects in Africa, estimates the IMF, require about $100 billion per year. Of the club of the world’s top 20 economies, only one African country, South Africa, is currently a member.

A conference held in Berlin from June 12-13, “G20 Africa Partnership – Investing in a Common Future”, brought together members of the G20, African countries and business leaders to discuss how the Compact could bring prosperity through reform and investment. However, despite Germany’s strong backing and overall broad interest in engaging with the program, it has received a mixed response from African leaders and political scientists.

“The idea sounds good, but a lot of skepticism remains around its implementation and Germany’s motives,” said Sella Oneko, a German-Kenyan freelance journalist, in a DW column.

“Will African needs really be addressed? Will the initiative turn a blind eye to human rights abuses, by working with authoritarian regimes like Sudan and Eritrea? Couldn’t the G20 help stop illicit tax flows out of Africa, instead of pumping money into it? And can South Africa really represent the entire continent?” Oneko asks.

German think-tank Friedrich Ebert Stiftung criticized the Compact for being too focused on macro-economic policies, and for not adapting the plan to different African countries.

Still others, however, counter that this is the plan’s strength. Sebastian Paulo, a fellow at the Observer Research Foundation in New Delhi, argues the plan focuses on strengthening macroeconomic stability in order to best improve the business environment. “The initiative’s innovative contribution rather lies in the way it bundles these measures and uses the G20’s political clout to coordinate a diverse range of stakeholders,” said Paulo.

He argued that continued and increased investment in African by countries like India will be vital to the development and implementation of the plan.

This year representatives from Guinea, Kenya, Senegal and the Africa Union have been invited to attend the Hamburg summit. Still, experts wonder how prominently Africa will actually feature on the agenda, with only one African country a member of the G20 and the U.S. President Donald Trump showing little interest in Africa — and, in fact, announcing plans to cut aid and defense spending here — since taking office.

“Trump’s antics in Hamburg could detract from the summit and his recalcitrance may complicate setting and slow implementation of the G20 agenda. But, progress on the Africa Compact is still possible with support from the US private and non-governmental sectors,” said to John Stremlau, former vice president for peace programs at The Carter Center, in a column for The Conversation.

The G20 begins today and continues tomorrow in Hamburg.