Agreement breaks the mould, with Centurion the first African law firm to facilitate an African nation’s entry into OPEC. 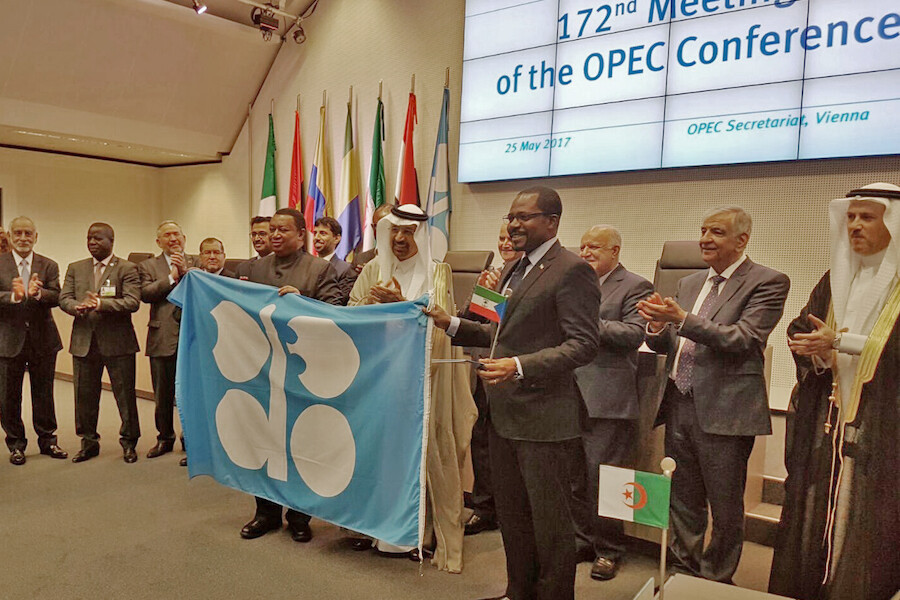 • Equatorial Guinea’s bid to join OPEC is accepted by unanimous vote at the 172nd OPEC meeting in Vienna on May 25, 2017.
• Centurion Law Group was tasked by the EG government to lobby for OPEC membership.
• Agreement breaks the mould, with Centurion the first African law firm to facilitate an African nation’s entry into OPEC.

Centurion congratulates the Ministry of Mines and Hydrocarbons for bringing Equatorial Guinea into OPEC, an initiative that demonstrates the massive progress made by the nation since the first oil and gas developments of the 1990s.

At yesterday’s 172nd meeting of the OPEC members, Equatorial Guinea’s Minister of Mines and Hydrocarbons H.E. Gabriel Mbaga Obiang Lima met in a closed session with the OPEC ministers, who voted to accept the country’s application to join the bloc. The Ministry of Mines and Hydrocarbons, which employed Centurion’s advocacy and lobbying services, applied to join OPEC in January 2017 and had its application accepted just four months later.

H.E. Gabriel Mbaga Obiang Lima praised Centurion on its work facilitating the negotiations for Equatorial Guinea to join OPEC: “Our nation, and Africa as a whole, needs more companies that are as committed to our collective progress as Centurion. The Government of Equatorial Guinea commends Centurion and its attorneys for their success in helping our nation join OPEC. Equatorial Guinea now stands tall among energy producers worldwide.”

NJ Ayuk, CEO of Centurion, stated: “The OPEC deal is huge for Equatorial Guinea, a country which advocates for African interests and African prosperity, whether in business or diplomacy. Centurion’s purpose is aligned with that of the country and its government, and we are proud of the role that we have played in bringing Equatorial Guinea into OPEC.”

Equatorial Guinea is, as Centurion has always advocated, a place for innovative energy pioneers. The firm has played an active role in bringing investment to Malabo and facilitating the growth of the energy sector. Key developments have included deepwater oil and gas production, LNG exports, methanol production, CNG public transport, and renewable power. In 2017 the Ministry of Mines and Hydrocarbons is working on keystone projects that include a petrochemicals complex (REPEGE), tank farm (Bioko Oil Terminal) and the finalization of the 2016 bidding round (EG Ronda 2016). Equatorial Guinea’s entry into OPEC provides a new framework for cooperation on these and future energy innovations.

H.E. Gabriel M. Obiang Lima and NJ Ayuk will speak at the Africa Oil & Power conference on June 5-7 in Cape Town, where Mr. Ayuk will also launch his new book, Big Barrels: African Oil & Gas and the Quest for Prosperity.