The Dodd-Frank Act, considered an important element of curbing corruption in oil and gas, has been dismantled under executive action taken by President Trump. 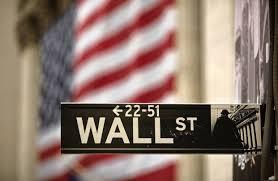 A portion of the Dodd-Frank Act, considered an important element of curbing corruption in the oil and gas sectors, has been dismantled by a senate vote and support from President Donald Trump.

On Feb. 14, President Donald Trump handed the American oil, gas and mining industry a gift-wrapped Valentine, when he signed off on the U.S. Senate’s action to scrap an anti-corruption measure that requires oil and mining companies to disclose their payments to the United States or to foreign governments for commercial developments.

This rule, implemented by the United States Securities and Exchange Commission (“SEC”), was mandated in 2010 by the Wall Street Reform and Consumer Protection Act, better known as Dodd-Frank. The Dodd-Frank Act is a federal legislation passed in the aftermath of the 2008 financial crisis that places regulation of the financial industry in the hands of the federal government. The legislation created financial regulatory processes to limit risk by enforcing transparency and accountability.

The rule was devised by the SEC “to advance U.S. policy interests by promoting greater transparency about payments related to resource extraction.” It basically required and mandated US public companies involved in the exploration and production of oil, gas or minerals abroad, to disclose in an annual report, any payments made to a foreign government or the U.S. federal government.

The U.S. Senate voted 52-47 to nix the SEC legislation that requires energy companies to disclose payments to governments. Trump signed the action into law in mid-February, and also issued an Executive Order calling for the Dodd-Frank regulation to be reviewed.

The various rules and measured implemented by the Act made the system safer and ensured that banks halted proprietary trading and kept more capital on hand, in order to prevent a financial crisis of the sort the world witnessed in 2008.

The particular measure in contention here has, since its inception, been heavily contested by US energy companies, most particularly ExxonMobil, whose former chief executive officer, Rex Tillerson, is now the U.S. Secretary of State. These companies have argued that compliance is costly and erodes U.S. companies’ global competitiveness, “putting energy producers at a disadvantage to foreign competitors around the world who are not subject to any disclosure.”

Several experts have weighed in on this controversial act by Trump, and many are of the opinion that it hurts the United State’s fight against corruption.

A lot of countries where U.S. oil companies do business in are afflicted with the “resource curse,” which was defined by former U.S. Senator, Richard Lugar as a situation where “large reserves of oil or other resources often negatively affect a country’s economic growth, corruption level and stability. Overcoming the impact of this curse helps promote U.S. policy goals of poverty alleviation, good governance and energy security.”

There are substantial payments in the financial books of oil companies masked as governmental fees, taxes, permits and CSR initiatives. Undoubtedly, these numerous payments are the cost of doing business in those countries.

The intention behind Dodd-Frank was to give citizens access to information about how much money their governments received from oil and gas companies, and how those monies were being spent.

This ability would have been invaluable in the fight against corruption, and enhanced global transparency. Repealing a measure which was created to fight corruption casts a shadow over the credibility of the U.S. as a champion of anti-corruption, especially at this moment in time when industry reforms are being undertaken all over the world to entrench accountability and liability.

Also, the timing of its repeal — in the ascendancy of an administration that came to power on the goodwill of the people and a supposed antipathy towards big banks and big business — is very suspicious. The current administration’s economic advisers are the very billionaires and ex-CEOs it campaigned against, and are people who will reasonably seek to advance their interests and those of the people in their same tax bracket. It is very difficult to believe that these people are going to be reflecting the interests of many of the voters who propelled President Trump to the presidency in the first place.

The big question behind the repeal of this measure is what the Trump administration will put in its place, as its departure creates a gap in the function it carried out. What exactly is the point behind extracting a measure and leaving nothing in its place? No details have been provided as to the alternative plan. There was also no tipping point that required this sort of enormous decisive action. Senator Elizabeth Warren, a critic of the Trump administration, expounded this view last week when she said:

“The facts show that Donald Trump is wrong, and his Chief Economic Adviser is wrong about every major reason that they’ve given to tear up Dodd Frank. Commercial and consumer lending is robust. Bank profits are at record levels, and our banks are blowing way their competitors.

So why go after banking regulations? The President and team of Goldman Sachs bankers that he has put in charge of economy, want to scrap the rules so they can go back to the good old days. When bankers could take huge risks if they got lucky, knowing they could get taxpayer bailouts if their bets didn’t pay off. We did this kind of regulation before and it resulted in the worst financial crisis since is Great Depression.”

The United States government has displayed an astonishing ignorance with the rollback of Dodd-Frank. Its very presence mandated that Big Oil toe the line and abide by national and international anti-corruption rules and regulations. Its repeal has left the playing field open to any and everyone who seeks to explore and produce natural resources, with little regard for propriety.

Transparency might not have been the cure for corruption, but it went a long way in that fight. We are now entering uncharted territory and we can only anticipate how much damage this repeal will inflict.