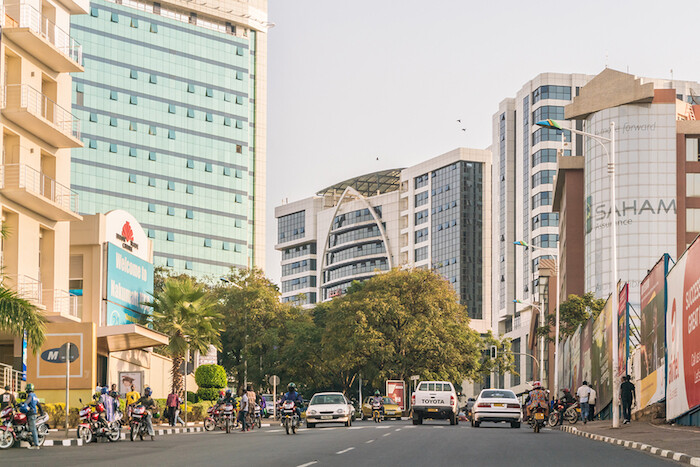 Companies seeking to broaden their horizons and expand internationally are finding fewer barriers to entering emerging markets than in the past, with a global trend of countries implementing more effective trade arrangements, improved financial systems and looser regulatory restrictions.

From June 2014 to June 2015, the World Bank’s Doing Business report recorded 231 regulatory reforms that make it easier to do business around the globe — with 122 economies implementing at least one. About 71 percent of these reforms were aimed at reducing the complexity and cost of regulatory processes, while the rest were focused on strengthening legal institutions. Sub-Saharan Africa alone had one of the highest average numbers of regulatory reforms per economy (behind Europe and Central Asia). In fact, half of the 10 economies showing the most notable improvement in performance on the Doing Business indicators worldwide in 2015 hail from Sub-Saharan Africa: Uganda, Kenya, Mauritania, Senegal and Benin.

As an example, Equatorial Guinea announced recently that it was leaping towards the creation of a one-stop-shop for company registration — an overhaul to an up-to-now extremely complex process. The highly anticipated move was not isolated , as African countries have been increasingly making substantial improvements to their commercial policies to attract investors by facilitating the registration process.

In general, the registration of a business entity can be a very long and cumbersome process. It often involves multiple government agencies and unreasonable payments, resulting in a highly convoluted environment that is almost impossible for entrepreneurs to navigate. This sort of arrangement contributes to people remaining in the informal economy to the disadvantage of developing countries.

By facilitating business registration globally, entrepreneurship is stimulated, time and money is saved, but most importantly for governments, corruption is reduced, the size of the formal sector increases and more tax revenues are generated to finance sustainable development. Therefore, by promoting that businesses be registered with all government agencies simultaneously, using a single form and making a single payment, will in turn produce a win-win effect for governments and investors/entrepreneurs alike. As more businesses register, governments will receive more tax payments and can provide better services and infrastructure, which can help businesses grow. This leads to a continuous cycle of business registration, tax payment, improved governmental services and infrastructure, economic growth and more business registration.

The United Nations Conference on Trade and Development (UNCTAD) has been supporting these efforts. In 2005, it kicked-off its business facilitation program to help governments improve business environments by streamlining administrative processes and mobilizing technology. By using a series of efficient and participative tools and methodologies to clarify and simplify administrative procedures, UNCTAD has composed an integrated program for the modernization of public administration in developing countries.

Access to online services and information: An UNCTAD initiative

The most effective business registration sites are those consisting of “online single windows,” which in summary allows entrepreneurs to apply simultaneously for all mandatory licenses with all public agencies by providing a single online application and online payment for all mandatory registrations. It also provides all the corresponding certificates. This is a highly sophisticated system that requires policy changes on the government side. Countries that have not yet achieved such level of digital optimization should aspire to provide users, at a minimum, with informational websites that explain the mandatory steps to register their businesses, links to necessary downloadable forms, legal justifications for the required steps, and a contact point for questions and complaints.

GER uses a green dot rating system based on the criteria described in the prior paragraph to indicate which websites provide the basics, so entrepreneurs can process their application online (single windows) or at least know what to do, why to do it and how to do it (information portals).

The Cameroonian website has earned seven out of 10 green dots on GER. The site has been praised for its easy navigation; the ability to apply simultaneously for all mandatory registrations, including: commercial registry, taxpayer’s card and the special exemption of the tax paid for the acquisition of business license allowed under Cameroon’s Tax Code (applicable during the first year of operation for every new business); and obtain all confirming certificates online. It also allows the uploading of the required filings such as the articles of incorporation, ID card, picture of incorporator, etc. The only downside is that payment cannot be made online, but needs to be made at one of the Centers for the Formalities of Business Creation (in Douala, Yaoundé or Garoua) or by mobile phone. Also, not every type of commercial company is represented on the website application due to documentation requirements.

Rwanda has achieved the second highest ranking in the World Bank’s Ease of Doing Business for Sub-Saharan Africa in 2016 (after Mauritius) and takes position #62 in the global arena. In 2008, Rwanda created the Office of the Registrar General (ORG), which was tasked with facilitating investment through developing and maintaining a world class efficient business register and promoting a business friendly regulatory framework. The ORG has also implemented an online business registration website which has earned six green dots on GER. An investor is able to register a fully functional commercial company on the website after registering as a user on the website, completing two copies of Memorandum of Association Article 14 (downloadable from the website) and providing a copy of valid identification. Registering a company in Rwanda is free.

Tanzania created its one-stop-shop investment facilitator, the Tanzania Investment Centre, back in 1997. Just last year, the TIC signed an agreement with the Investment Climate Facility for Africa to increase investments in the country by expanding, consolidating and promoting the Tanzania Investment Window. Tanzania has the only single window in Sub-Saharan Africa where the incorporator can make an easy payment online using a Visa or Mastercard. However, the project is still dragging when producing the certificates confirming successful registration. The certificates must be personally withdrawn from the TIC five days after filing the online application. This system received three green dots on the rating.

Multiple information portals in Sub-Saharan Africa have earned the highest assessment possible from GER (10 green dots), including Benin, Cameroon, Comoros, Cape Verde, Congo, Côte d’Ivoire, Ethiopia, Guinea-Bissau, Rwanda, Tanzania and Togo. Each of these portals can be accessed from the GER main website.

Each of these countries has created a portal that fully and transparently describes all of the mandatory registrations required in their jurisdiction. In addition, each website answers key questions as to the process:

It must be noted that the GER assessment is not an indicator on the actual efficiency of the business registration environment, but merely a review of the country’s adoption of the informational guidelines set forth by GER to improve access to registration.

There are other countries, however, that must be recognized for improved factors in their business environment. The World Bank has ranked Burundi, which has just 4.5 green dots from GER, as the country in Sub-Saharan Africa with most efficient registration process. Previously, it took an average of two weeks to register a business. Now, entrepreneurs can visit Burundi’s one-stop shop for business registration at the Investment Promotion Agency and become formalized within one day. The cost of registering a business has decreased from $205 to $35.

Mauritius, only given half a green dot by GER, according to a number of surveys and metrics, is among the freest and most business-friendly countries in Africa. For the eighth consecutive year, the World Bank’s 2016 Doing Business report ranks Mauritius first among African economies (32nd worldwide) in terms of overall ease of doing business. All businesses must register with the Registrar of Companies. A company incorporated in Mauritius can be 100 percent foreign-owned with no minimum capital. According to the World Bank 2016 Doing Business report, while registration of a company takes two days, actually starting a business takes 6 days.

As developed economies continue to decelerate in terms of growth and competition increases, businesses seeking growth will continue to look at emerging markets. Undeniably, venturing into new markets abroad is now more manageable than most companies think. However, before hitting the “go” button on forming a company or business entity in your target market, important regulatory and threshold questions relevant to the particular sectors will need to be answered.

Issues like finding the right local business partner, potential security risks, local tax policy, employment, dispute resolution, protection of intellectual rights, etc. will probably arise. Therefore, every company or individual considering investing or trading in emerging markets in Sub-Saharan Africa will benefit from consulting with a team of specialists and expert local practitioners with considerable experience in providing services tailored to a company’s operating environment, the nature and structure of their business, level of risk tolerance, and overall objectives.