The ability to recover debts, one of the great concerns for any business owner, is a key step in creating a stable environment for all investors. 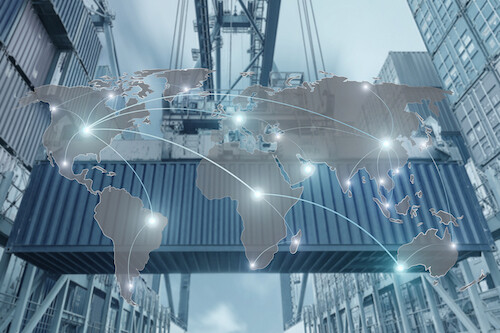 As Africa grows, it is vital that countries use all the tools at their disposal to attract international investors, and encourage local investors to participate in building the economy. The ability to recover debts, one of the great concerns for any business owner, is a key step in creating this stable environment for all investors.

A diverse continent of over 54 countries, Africa is one of the fastest growing regions in the world, coming in second behind only Asia. It is a continent on the move: developing new industries, breaking through barriers, grow-ing bilateral relationships and building infrastructure at a break-neck pace. The latest outlook from the African Development Bank predicts an economic growth rate of 3.7 percent for 2016, compared to just 3.2 percent glob-ally and 1.9 percent for the United States. And though Africa continues to grow, one of the biggest obstacles countries face is creating a secure and stable investment environment for business transactions. While dependent on several variables, a primary source of investors’ sense of security is the ability to recover overdue debts.

When debtors do not fulfill their obligations under a contract, creditors often seek the protection of the courts. Ease of debt recovery, so important to a successful business environment, is a careful consideration for investors. Because of this, the Organization for the Harmonization of the Business Law in Africa (OHADA) adopted in 1998 the Uniform Act Organizing Simplified Recovery Procedures and Measures of Execution. OHADA business law is observed in 17 Central and West African nations. The aim of this act was to create a special procedure to facilitate the immediate payment of debts, making the process of recovering debts faster and more economical.

Despite the desire for speed, OHADA authorities also made an effort to balance the act by building in safe-guards. To qualify, first the debt has to be unquestionable. The creditor should be able to prove sufficiently the existence of the debt, which typically excludes oral or undocumented debts. In practice, this means that the creditor has to be able to prove the debt is legal and valid, and the law accepts a contract or negotiable instrument. In this case, the OHADA legislator was slightly conservative, as it is not consistent to exclude a non-negotiable paper (e.g. non-negotiable promissory note) when there is a sufficient proof of the debt, and the original party of the transaction does not lose his right to be paid. Second, the procedure only covers monetary debts. Therefore, the procedure excludes all claims of overdue debts when the contract is based on non-monetary obligations.

The regulation was very innovative when created, and makes claiming overdue debts faster, easier and cheaper. In fact, the creditor can start the process without legal representation by filing a petition to the competent court with the debtor’s information and the exact amount of the claim. Then, after review, the court declares the injunction to be paid and notifies the defendant. The defendant has only 15 days after notification to recognize or op-pose the debt. This process is more convenient for creditors, since they obtain the advantage of a quick resolution to the dispute.

The rapid processing of claims is very useful in a wide range of cases, such as reclaiming an overdue debt by the lessee of a property to a tenant, in purchase agreements when the buyer is in arrears, supply contracts and all cases regarding contracts for a specific service where the debtor does not fulfill their obligation to pay the contractor. Moreover, this procedure can be convenient for credit institutions.

The processes of dealing with debts varies throughout the world. The United States, for example, has taken a different route and has not developed a special procedure to recover undisputed debts in a rapid manner. In the United States, where the regulations include extremely protective federal insolvency laws, creditors make collection by dispute resolution, and if that fails, through the judicial process. Debt collection, then, can become a lengthy and expensive process. The European Union, in contrast, approved a similar law to the OHADA mechanism in 2006. Called the “European order for payment procedure”, this procedure also aims to speed up the pro-cess of debt recovery.

In sum, the court will analyze the proof of debt — such as a contract, bill or effect of trade — filed by the plaintiff, and will decide on the validity of the proof. In the case that a debt is sufficiently proven, the judge will declare an injunction to pay against the debtor. Then, the debtor can recognize the overdue debt or oppose the injunction. If the debtor opposes the injunction, the case will then be forwarded to an ordinary proceeding on which the judge will have to know more about the merits of the case.

From a legal and investment perspective, this is a great regulation. The complete implementation of the Uniform Act Organizing Simplified Recovery Procedures and Measure of Execution can play an even more important role in the diaries of business transactions, since it can help to increase creditors’ confidence in the regional markets, and consequently lead to the economic growth of the OHADA-observant area.