Plea bargaining, although not written into Equatorial Guinea’s constitution, is widely recognized and practiced and represents a valuable tool in the country’s legal system. 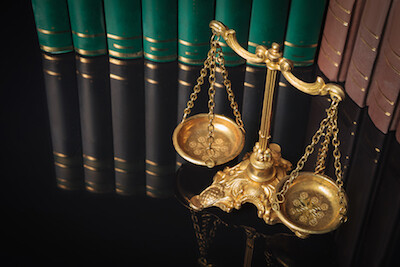 Plea bargaining, although not written into Equatorial Guinea’s constitution, is widely recognized and practiced and represents a valuable tool in the country’s legal system.

Though there is no direct reference to plea bargaining in the Constitution of the Republic of Equatorial Guinea, the practice is widely recognized in Criminal Law and the Criminal Procedural Law. Even more importantly, the jurisprudence of the Supreme Court has also recognized the practice of plea bargaining, even though it seems to contradict the Constitutional right of an individual to not testify against himself (§13.1.p).

It is common practice in Equatorial Guinea to reduce the charges of criminal defendants who agree to accept guilt and/or cooperate with investigative authorities, such as police officers and prosecutors. Plea bargaining certainly offers perks to the defendant but any lawyer, before he or she embraces it or refuses it, must consider all the circumstances with regard to the client’s best interest.

Plea bargaining allows the legal process to end early, because the accused recognizes the guilty actions attributed to him and agrees to settle the penalty sought by the prosecution. It can also have the advantage of a reduction in the sentence, and it is possible to avoid imprisonment if the defendant has no criminal record and the sentence is less than two years in prison. However, the prosecutor usually asks for a higher penalty than the minimum legally established to create a margin to negotiate.

Winning or losing in a trial is uncertain, as the judge will eventually determine what he or she thinks is correct. To go to trial carries certain risks, especially if the defendant’s participation in the crime is clear. If the defendant is innocent or there is good evidence on which to base the defense, then it is better to go trial. A criminal lawyer must also assess the personal circumstances of the accused and the consequences of plea bargaining. For example, if a foreigner needs to renew a residence permit, their criminal history could cause their renewal to be denied.

In striking such a deal, the client and the state saves time and money. In terms of efficiency and economy, all parties can benefit from plea bargaining. Legal processes are lengthy and expensive, and an agreement that can benefit both parties should be taken advantage of.
However, one of the cons of the process is that the victim’s family has no say, as the bargaining is between the prosecutor and the defendant. For these reasons, sometimes it is not always the best decision to enter into plea bargaining, and the decision depends on each individual circumstance, the evidence of the case and the needs of the client.

The basis for the Conformity Criminal Trial, or the plea bargaining process, is found in §9.9 of the Criminal Code, which states that when “the guilty have proceeded, before knowing about the judicial procedure and with a spontaneous impulse of repentance, to repair or lessen the effects of the crime, to give satisfaction to the victim, or to confess to the authorities the infraction” there can be a mitigation of the charges and/or sanctions. This section establishes the legal basis for plea bargaining in Equatorial Guinea.

A defendant has two opportunities to strike such a deal: The first is an out-of-court situation, in which the parties reach an agreement before the decision to go to trial. Even after going to trial, however, a defendant still has a final opportunity to bargain. In this circumstance, under article 655 of Criminal Procedure Law, the defense must present a provisional complaint, and, if a plea bargain is desired, this must be confirmed at the beginning of the oral hearing. It is only admitted if penalties do not exceed six years in prison.

Once the prosecutor and the defendant’s lawyer reach an agreement, the judge must recognize and sign the agreement. Immediately following this, sentencing is imposed and penalties are recorded in the Central Register of Convicted Offenders and Fugitives. This record of criminal behavior can pose future problems for the convicted.

While plea bargaining is a legal right of any defendant in exchange for his or her cooperation, and a valuable tool used by both the prosecution and the defense, it is not always the right option. The defendants’ lawyer must ponder all the evidence and decide if his client has a chance to prove his innocence. If the risk is too great, a deal may be in the best interest of the client.