Angola’s Probity Laws: The Will To Combat Corruption

We examine Angola’s legal framework for dealing with accountability and transparency. 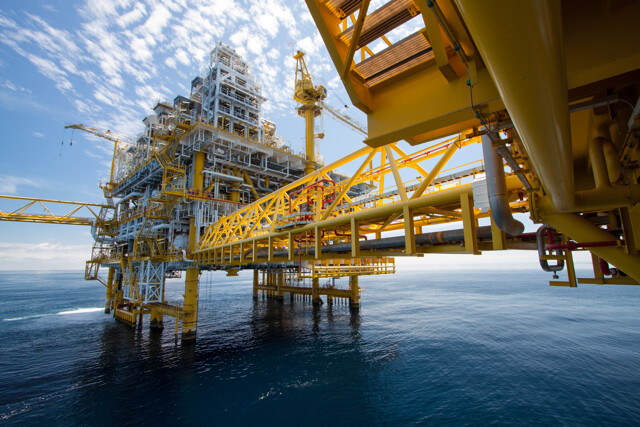 Many nations in Sub-Saharan Africa have attempted to stamp out corruption through robust legislation. We examine Angola’s legal framework for dealing with accountability and transparency.

Many Westerners’ impressions of Sub-Saharan Africa have been formed by their reading of Joseph Conrad’s somber descriptions of the ‘dark’ continent in The Heart of Darkness. This, plus the savage butchery of Hotel Rwanda, the cruel despotism depicted in The Last King of Scotland, and the heartless greed in Blood Diamond. Unfortunately, the same audience seldom hears of the many positive developments emanating from the region, including significant steps towards democracy occurring in many of its constituent states in recent decades.

One such step is the creation of anti-corruption frameworks, buttressed by adherence by many to the United Nations Convention Against Corruption (2004) and the African Union Convention on Preventing and Combating Corruption (2003). Along similar lines, many Sub-Saharan African nations have enacted robust anti-corruption laws and created related enforcement mechanisms, often pursuant to treaty obligations or lender requirements. This article briefly describes the status of Angola’s anti-bribery laws.

Once its long and arduous civil war had ended in 2002 Angola began a process of economic and spiritual reconstruction. Despite significant achievements, much remains to be done in terms of raising the nation’s human development indicators to the level of its natural resource potential. In particular, as in much of the developing world, Angola’s political institutions and economic marketplace would benefit from enhanced transparency.

While many critics bemoan perceived lack of progress in this area, the International Monetary Fund in 2013 concluded that “[t]he authorities have made significant strides in improving the transparency and accountability of public financial management, but challenges remain. The government has improved collection and reporting processes for oil revenues and transfers, which is expected to enhance transparency and accountability in oil sector management.”

It is generally agreed that public sector transparency and effective combating of corruption can markedly improve living conditions for the general populace. To this end, the year 2010 witnessed Angola’s publication of the Law of Public Probity designed to bolster a widely announced ‘zero tolerance’ policy. Clearly, Angola needs to create preventive and punitive mechanisms to combat corruption through vigorous application of law in order to promote integrity and good governance in the management of state accounts and property. By doing so and by also cooperating with international anti-corruption initiatives, Angola’s international transparency rankings should improve. But how, concretely, to get there? The obvious answer is the creation of a democratic state of laws that implements effective means of preventing and combating corruption and reducing its nefarious effects.

The Public Probity Law (‘Probity Law’) is Angola’s primary legislation regulating the behaviors of Public Officers, who are generally deemed to be ‘any person who exercises an authority, office, employment or function in a public entity.’ Its most relevant provisions concern: principles relating to public service and proper conduct of Public Officers; prohibited acts; conflicts of interest; reporting requirements; and enforcement.

In November of 2006, the Angolan Government took a monumental step towards increasing transparency in the petroleum sector through the issuance of Decree 48/06, which contains two Sections. The first Section governs the granting of Concessions to Sonangol and, in turn, for Sonangol (as Concessionaire) to award and execute exploration and production licenses and agreements with national or foreign oil companies. The second Section governs the purchase of goods and services in the petroleum sector.

According to its Preamble, the Contracting Law, is intended ‘to ensure compliance with the principles of equality, competitiveness, impartiality, transparency and probity within the scope of procedures for public procurement.’

The Contracting Law, whose prohibitions are more specific than those of the Probity Law, contains a chapter exclusively related to ‘Ethics in the Procurement Process.’ This chapter stresses the seriousness of the subject matter and contains measures aimed at safeguarding the transparency of procurement procedures and eliminating suspicion, all in order to assure equal treatment to all affected parties. To that end, it mandates the creation of Assessment Committees and Juries for the evaluation and approval of procurement contracts that exceed specified values.

Unlike the Probity Law, the Contracting Law is not limited to the regulation of conduct of public officials, but rather also applies to a wide range of individuals, including the agents of vendors, members of the Assessment Committee and others. Furthermore, the Contracting Law goes beyond the Probity Law by addressing not only “passive” corruption by public officials (i.e. receipt of illicit favors or payments) but also private sector agents who corruptly offer or give such benefits. This approach resembles the US Foreign Corrupt Practice Act and the UK Anti-bribery Law in that respect. These focus on active, rather than passive, corruption.

The CIML’s Chapter on Corruption has the most relevance to this article. It prohibits: improper receipt of advantages; receipt or solicitation of bribes; direct or indirect bribery of governmental officials; damage to State patrimony for personal gain; receipt of economic benefit in exchange for an official action; influence peddling; and illicit actions to obtain, maintain or alter an international contract or business.

This article suggests that where there is a will, there is a way to implement an effective anti-corruption law regime in Angola. On paper Angola has built the legal foundation of such a regime, through passage of the anti-corruption and AML laws and regulations analysed above. Less impressive are the actual steps it has taken to implement and enforce such laws. However, just as Rome was not built in a day, it may well take decades to reduce corruption to acceptable levels in the country. In any event, Angola and other oil-rich developing countries that want to avoid the resource curse through enhanced transparency cannot wait for the international system and the laws of other nations to fight corruption for them.

The key ingredient will be to devise and implement those specific steps that are most likely to achieve the desired results. Here is a short list:

Angola’s anti-corruption laws described above have created the legal and institutional path towards creation of a fair and open economic marketplace. Only serious enforcement of such laws will demonstrate that Angola has the will to make that happen.

This is a condensed version of a full article titled “Where There’s a Will, There’s a Way”, co-authored by Professors Carlos Feijo and Norman Nadorff that appeared in a special edition of the Journal of Energy, Law and Business (Oxford Press) on the subject of the anti-corruption laws of Sub-Saharan Africa.